THE WAR IN BOSNIA AS SEEN BY THE MUJAHEDIN

At the trial of Central Bosnia’s former BH Army commanders, prosecutors tendered into evidence a documentary describing the motives prompting mujahedin to come to Bosnia, their combat missions and deaths. The defense challenges the credibility of such evidence, since the author of the film is not known. 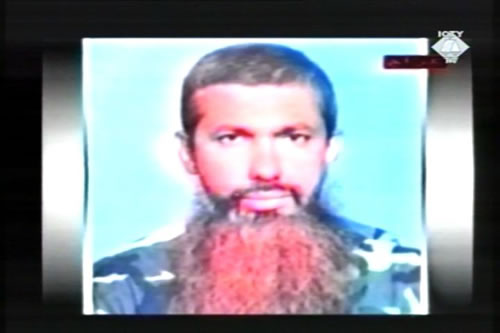 At the trial of the former BH Army commanders in Central Bosnia, the prosecution tendered into evidence a documentary film in English and Arabic, The Martyrs of Bosnia, describing the motives that prompted mujahedin to come to Bosnia, their combat missions and deaths.

The film states that after war broke out in Bosnia and Herzegovina, certain Islamic figures consulted with the mujahedin leadership in Afghanistan, where it was decided that fighters should be sent to Bosnia to launch a jihad. "A month after the war started in 1992, groups of mujahedin arrived in Bosnia and set up the first jihad camps in Mehurici" and other locations, according to the film. "This was done under the leadership of Sheikh Abu Abdul Aziz from Saudi Arabia," joined by other veterans of Afghanistan’s jihad.

The documentary describes the mujahedin’s actions first against the Serb forces and later against Croats in order to defend Bosnian Muslims against their attacks. The view that "Bosnian Muslims lacked strong faith," that "they did not fully comprehend Islam, dogma and the cause they were fighting for" is expressed several times in the film. This resulted in defeats on the battlefield.

The narrator reminds the audience that foreign mujahedin came to Bosnia to fight, and to die if necessary, "on Allah's path" and that they left behind their families and worldly values to this end. The film shows dead mujahedin – the shahid, or martyrs – who came to Bosnia from various countries: Afghanistan, Palestine, Egypt, Libya; even Sweden, the USA and others.

After several missions in which the BH Army, in their view, did not act decisively enough, the mujahedin decided they would no longer fight as part of the BH Army until they were given their own battalion. "The BH Army was aware of the role the mujahedin played and met their demand… A new phase in the war began then, with more responsibility and better organization," according to the film.

The narrator indirectly confirms some of the crimes prosecutors are trying to prove at the trial of Enver Hadzihasanovic and Amir Kubura. The film states that mujahedin killed Croat prisoners in the village of Miletici, and that during combat operations in the summer of 1993, they killed about 40 Croats.

The prosecution, which admitted this film into evidence, does not have any information about its author or the purpose for which it was made. Prosecutors obtained a copy from the Office of the High Representative in BH in 2001. Defense lawyers challenge the credibility of the "video evidence," since its source is unknown. The defense says the accused did not control foreign fighters in Central Bosnia and therefore cannot be held responsible for their actions. They are asking prosecutors to produce a witness to confirm the accuracy of the film’s information and images.