WHO WAS THE "AGGRESSOR" IN CENTRAL BOSNIA?

Former EU monitors testify at the trial of the former commander of the BH Army 3rd Corps, Enver Hadzihasanovic, and the former commander of the 7th Muslim Brigade, Amir Kubura. While one of them claims that in April 1993 the HVO was the "aggressor force" in the Lasva valley, the other one states that in July 1993, it was the BH Army that was the "aggressor" in Bugojno. 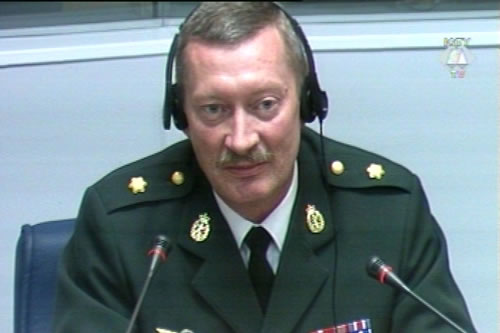 Lars Baggesen, witness at the Hadzihasanovic and Kubura trial
Danish Major Lars Baggesen testified at the trial of former BH Army commanders Enver Hadzihasanovic and Amir Kubura that he did not see any links between the mujahedin and the 7th Muslim Brigade during his tour of duty in Central Bosnia as a monitor in the ECMM (European Community Monitoring Mission). He does say, however, that the HVO claimed such links did exist. The prosecution is trying to prove the existence of those links at this trial.

The witness did note that the European monitors had seen a vehicle used by the mujahedin on a base of a 7th Muslim Brigade unit (he did not specify the unit). To the best of his knowledge, that was the only link between the foreign fighters and that particular brigade of the BH Army 3rd Corps.

Baggesen took part in negotiations over the release of HVO members abducted by the mujahedin in April 1993 near Travnik. After the abduction, two mujahedin couriers brought a letter to ECMM headquarters in Zenica stating that an "Arab group" was responsible and it they wanted to exchange the captured HVO members for the captured "Muslim brethren." This exchange was later carried out with the joint mediation of the ECMM, the BH Army and the HVO.

The other former ECMM monitor deployed in the Gornji Vakuf and Bugojno area in the summer of 1993, Dutch Army Major Rudi Gherizem, spoke about the severe conditions of detention and the beatings to which HVO members were subjected in the make-shift detention centers in Bugojno; one the prisoners was beaten to death there. At the beginning of the conflict in Bugojno in July 1993, the civilian police had jurisdiction over the detainees. Later on, says the witness, the BH Army military police took over. He estimates that the BH Army was aware of events in the town at all times yet failed to take the appropriate steps--expected by the ECMM--to improve the situation.

While witness Baggesen stated that in April 1993 the HVO was the "aggressor force" in the Lasva valley, Gherizem states that in July 1993, the "aggressor" in Bugojno was the BH Army.

The defense of General Hadzihasanovic, who has been charged with crimes in Bugojno as the then-BH Army commander in Central Bosnia, states that the BH Army "did not plan the conflict in Bugojno, but that the fighting spread spontaneously after the clash between the Croats and Bosniaks at a check-point near town."

The witness accepted that submission, but stood by his initial claim that the BH Army was the aggressor in Bugojno. 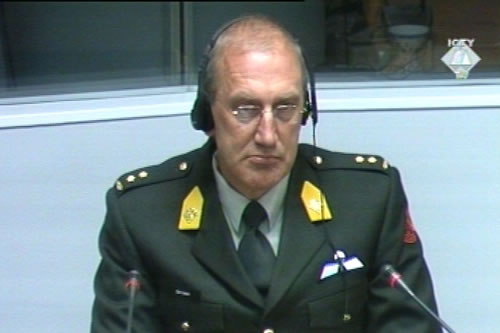