COMMANDER "FOX" HAD A WELL-STRUCTURED CORPS

British UNPROFOR troops thought that Hadzihasanovic's 3rd Corps was "a well-structured force, with a good communications system" and "one of the most efficient commanders in the BH Army." 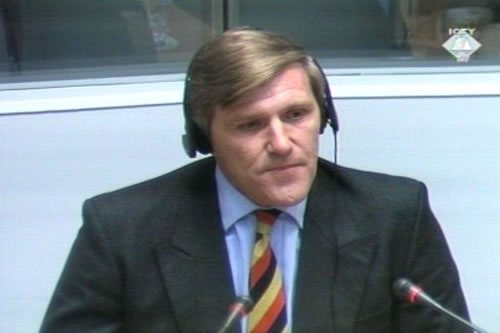 Guy Chambers, witness at the Hadzihasanovic and Kubura trial
The 3rd Corps of the BH Army, which covered Central Bosnia, was well-structured and had a sound communications system says General Peter Williams, who was in the area in late 1993 on his tour of duty in the British UN Battalion.

According to Guy Chambers, another British officer, the Bosnian Croat forces had more military equipment, but the BH Army in Central Bosnia "had twice as many people" as the HVO.

At the trial of the former 3rd Corps commander, Enver Hadzihasanovic, and the commander of the 7th Muslim Brigade, Amir Kubura, the prosecution is trying to prove that the corps had a proper structure and information from the field could reach the commanders; according to the indictment, they have command responsibility for the conduct of their subordinate units in the field. Hadzihasanovic and Kubura are charged with detention, execution of detainees, destruction of property and other violations of the laws and customs of war committed in 1993.

General Williams states that the 3rd Corps had a well-organized communications system, including high-frequency radio – the same as the British Battalion. In his cross-examination, the defense pointed out that the witness arrived in Bosnia in November 1993 while the indictment mostly relates to events before then.

Speaking about the mujahedin, Chambers stated that they were mostly foreign fighters, often hailing from Yemen and Jordan, who had come to fight for the "jihad" and were disappointed when they realized the BH Army was not that fundamentalist. Although they were a separate force, the witness said they mostly operated within the 7th Muslim Brigade, which was administratively subordinate to the 3rd Corps. The witness claims the main mujahedin force was stationed in the village of Mehurici, under the leadership of a man called Abu Haris, subordinate to the 7th Muslim Brigade. According to the witness, Bosniak refugees from Krajina who had been mobilized were also part of the 3rd Corps.

In the witness’s assessment, the 7th Muslim Brigade was "primarily a fundamentalist organization" and the chief mujahedin element in BH.

“We though that the 3rd Corps supplied them [the mujahedin] with the ammunition, weapons, accommodation, transport" and other forms of logistic support, Chambers says. "They lived in the area of responsibility of the 3rd Corps, and in that sense, one could expect, in a regular army, that the commander of the corps would be responsible for any disciplinary issues and would have the duty to punish them for any crimes," the witness said.

According to the prosecution witnesses, the mujahedin committed most of the murders that Hadzihasanovic and Kubura are charged with.