VICIOUS CIRCLE OF BLOOD AND REVENGE

General Philippe Morillon, former UNPROFOR commander, testifies at the trial of Slobodan Milosevic about the dramatic situation in Srebrenica in the spring of 1993 and the role the then-Serbian president played in preventing the worst from happening – and how it happened after all two years later. 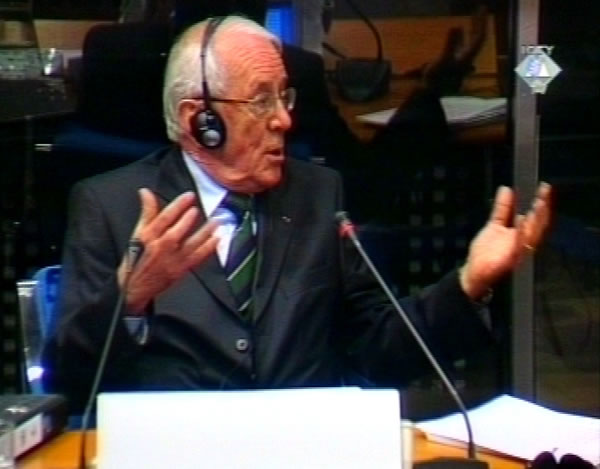 Philippe Morillon, witness at the Slobodan Milosevic trial
In the course of his trial, several prosecution witnesses have given credit to Slobodan Milosevic for his actions in the spring of 1993, when he halted, at the eleventh hour, Mladic's offensive on Srebrenica. Lord David Owen testified to that last November, and today, General Philippe Morillon, former commander of UNPROFOR in Bosnia, confirmed that Milosevic stopped Mladic then because he realized that the breakthrough of Serb forces into the enclave would result in a great massacre, one fed by the hatred resulting from crimes committed by Naser Oric's forces from the beginning of 1993 in that area.

By stressing Milosevic's role in 1993, the prosecutor is obviously trying to show that the then-president of Serbia had a decisive influence over Bosnian Serb leaders, primarily General Ratko Mladic, and that he was able to prevent them from committing crimes--when he wanted to. In the spring of 1993, his intervention prevented a massacre in Srebrenica. After that, the siege of the enclave, the cutting off of humanitarian aid deliveries, and the indecisiveness of UN forces resulted in a situation described earlier this week in the testimony of former Venezuelan ambassador to the UN, Diego Arria, as a "slow-motion genocide." The pace, however, gradually increased until July 1995.

The questions that the prosecutor wants the judges to ask themselves are: Why did Milosevic not do the same thing he did in the spring of 1993 again in the summer of 1995? Why did he not halt Mladic's onslaught on Srebrenica that resulted in a massacre of at least 7,000 men?

The only person that could have helped him was, according to Morillon, the then-Serbian president, Slobodan Milosevic, because he was the only person still able to "control Mladic," who was at that time the only "person with real power" among Bosnian Serbs. That is why on 25 March 1993, Morillon went to Belgrade and persuaded Milosevic to help him "deactivate the bomb" and prevent Mladic's forces from entering Srebrenica.

Two years later, Morillon found out, to his chagrin, that the bomb had been only temporarily deactivated.

In his cross-examination, Milosevic quoted Morillon's statements given in the course of an investigation launched in the French Parliament following the massacre in Srebrenica. In his statement, Morillon says, "Mladic fell into a trap in Srebrenica because he expected resistance where in fact there was none." Morillon also said he "does not believe that Mladic ordered the massacres, but he thinks that he underestimated the strength of hatred.”

Morillon tried to relativise his own statement, saying he left Bosnia in the summer of 1993, two years before the Srebrenica massacre. He added that when he met with Mladic in 1992 and 1993, the latter kept asking him, "What are you doing here? Let me settle the score with my Turks and keep out of my way."

General Wesley Clark tried to get the answer to that question from Milosevic in August 1995. He testified recently that the former Serbian president answered, "He had told Mladic not to do that…," but that Mladic failed to obey.

Putting the four testimonies together shows that the prosecutor, by stressing Milosevic's positive actions in 1993, is trying to prove his responsibility for complicity in the 1995 genocide. In order to prove complicity in genocide, it is not necessary to prove that the accused had the "genocidal intent" (to destroy, in whole or in part, a national, ethnical, racial or religious group as such). It is sufficient to prove – in addition to the actual genocide – that the accused aided and abetted the accomplices he knew had the requisite intent. The judgment will, of course, show whether the prosecutor succeeded in doing that.

General Morillon testified today about the "vicious circle of blood and revenge" in the Srebrenica area after the massacre of Serb civilians perpetrated by Naser Oric's forces on Orthodox Christmas in 1993. "It was real hatred, to a degree that can only be seen among brothers or neighbors," said Morillon, describing the mind set on both sides in the spring of 1993. When Morillon came to the besieged enclave of Srebrenica, he was convinced, as he said today, that stopping Mladic's offensive was "a matter of life and death for the population there." He was, he says, "ready to do anything" to protect them. 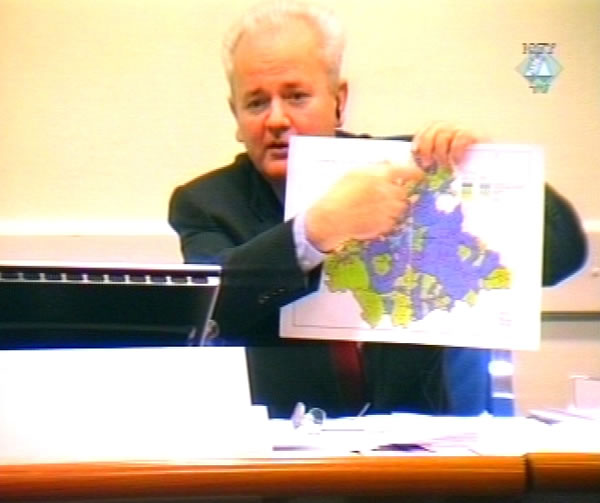