DJORDJEVIC TRIAL TO START IN OCTOBER

The trial of Vlastimir Rodja Djordjevic, former Serbian deputy interior minister, is to start on 13 October 2008. The prosecution case is expected to last four to six months 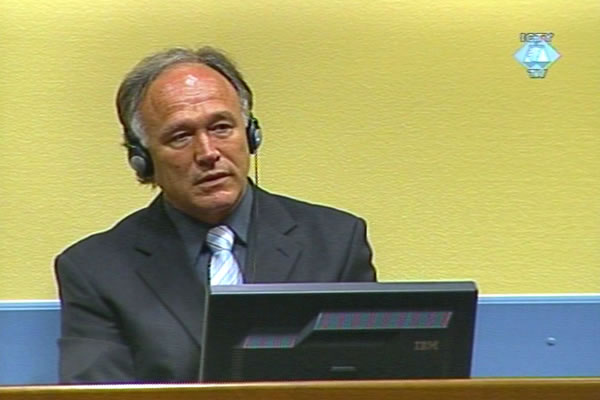 Vlastimir Djordjevic in the courtroom
According to pre-trial judge Frederik Harhoff, the trial of Vlastimir Djordjevic, former deputy interior minister and chief of the Public Security Sector in the Serbian MUP, is expected to begin on 13 October 2008. Although the prosecution has yet to provide a tentative witness list, the prosecution case is expected to take from four to six months. If Djordjevic's defense is allotted the same amount of time, the trial should be completed within a year.

The defense counsel Dragoljub Djordjevic, however, says he ‘honestly fears’ he will not have enough time to prepare properly for the start of the trial in October. He asked for additional time adding that the prosecution has a head start on the defense, because it had two years of the Kosovo Six case, who are on trial for the same crimes: murder, persecution, and deportation of Kosovo Albanians and the removal of evidence of crimes in Kosovo in 1999. Judge Harhoff, on the other hand, sees this as an advantage for the defense too, as it gives it an opportunity to see what the evidence against Djordjevic is. Djordjevic's name was in the same indictment but he had been a fugitive for years and was not there when the Kosovo Six trial started. At the time of his arrest in June 2007 the trial of the Kosovo Six had been going on for a year.

When the judge asked him about his health and conditions in the Detention Unit, Djordjevic briefly replied that he was ‘fine’ and that he had no objections to the accommodation, which was ‘the same for all the detainees’.