The majority of the judges in the Trial Chamber, French judge Antonetti and Judge Niang from Senegal, have acquitted Vojislav Seselj of all counts in the indictment charging him with crimes against humanity in Croatia, Vojvodina and Bosnia and Herzegovina. According to the judges, the prosecution had not done its job properly. Italian judge Lattanzi, the third member of the Trial Chamber, attached a strongly-worded dissenting opinion 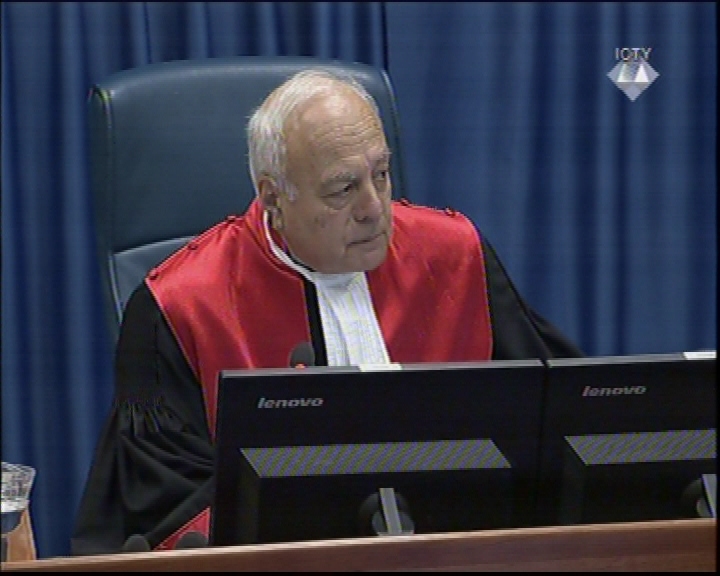 The case that was one of those cases at the Tribunal where everything that could go wrong did go wrong – couldn’t end in any other way but with a miscarriage of a judgment.

Serbian Radical leader Vojislav Seselj was today acquitted of all counts in the indictment charging him with crimes against humanity and violations of laws and customs of war in Croatia, Vojvodina and Bosnia and Herzegovina. The judgment was rendered with 2:1 split vote: presiding judge Antonetti from France and Senegalese judge Niang voted for Seselj’s acquittal. Italian Judge Lattanzi was against it.

For the first time in its history, the Tribunal rendered the verdict in the absence of the accused. Two weeks ago, the Trial Chamber capitulated for the third time before Seselj, as it decided not to order Serbia to ensure his presence in The Hague for the verdict. Seselj had made it quite clear that he didn’t intend to come to The Hague.

To say that this was the fourth time the Tribunal bowed to Seselj would be putting it mildly. Today’s judgment was met with consternation comparable only with the judgments in the Gotovina and Perisic cases. When those judgments were handed down, at least they could be seen through the prism of conspiracy theories: they were dictated by the superpowers who bomb (or use drones to attack) inhabited areas and who like to provide logistical, material or other assistance to the rebel or liberation forces in a bid to change regimes in the third countries, and who would look amiss at an international tribunal setting legal standards in that area.

Vojislav Seselj’s acquittal appears to be an attempt to overturn the Tribunal’s jurisprudence. Ever since the Tribunal delivered its first judgments in the 1990s up until Karadzic’s judgment last week, the Tribunal has found time and again that civilians in Croatia and BH had been subjected to ‘systematic and widespread attacks’ (this triggers the application of Article 5 of the Statute on crimes against humanity). The Antonetti-Niang axis ruled that there had been no ‘systematic and widespread attack on civilians’ in the territories listed in the indictment against Seselj and thus there had been no crimes against humanity. The areas listed in the indictment include Vukovar, Zvornik, parts of Sarajevo, Mostar and Nevesinje.

What about the dozen or so accused who have been found guilty of crimes against humanity in those towns and villages? Will their judgments now have to be reviewed?

A mere week ago, the judgment sentencing Radovan Karadzic to 40 years in prison listed Vojislav Seselj among the participants in a joint criminal enterprise. His name was mentioned among JCE participants in Milan Martic’s judgment. Seselj himself was charged with taking part in a joint criminal enterprise whose goal was to achieve forcible and permanent removal of non- Serbs from a third of Croatia’s territory, from large parts of BH and from a part of Vojvodina.

According to Antonetti and Niang, the prosecution failed to present clear evidence on the mass persecution of civilians not engaged in combat. Consequently, the judges could not dismiss the defense’s argument that the civilians had fled the combat zones to seek shelter in areas inhabited by their ethnic communities. The buses used to move civilians were provided on humanitarian grounds, to help them flee the combat zones.

Apart from upending the Tribunal’s jurisprudence, judges Antonetti and Niang shifted the blame for Seselj’s acquittal on the prosecution and the ‘lack of precision’ in their approach, criticizing it that it had used ‘the terms violence and crime indistinctly’, for opting for a ‘circular’ and ‘maximalistic’ approach’, ‘lack of clarity in the way it proceeded about the case’ and ‘unevenness in the conclusions’. [ovo nisam mogla naci u summary presude]

Chief prosecutor Serge Brammertz stated after the judgment was rendered that the prosecution ‘is seriously considering the option to appeal’. Brammertz’s view of Vojislav Seselj’s acquittal and Judge Lattanzi’s dissenting opinion will be the topic of other articles.