THE FIRST “JUDGMENT IN ABSENTIA”

Despite the fact that the Tribunal’s Statute doesn’t allow trials in the absence of the accused, on Thursday, Judge Antonetti’s Trial Chamber will render its judgment in the case against Vojislav Seselj in his absence. 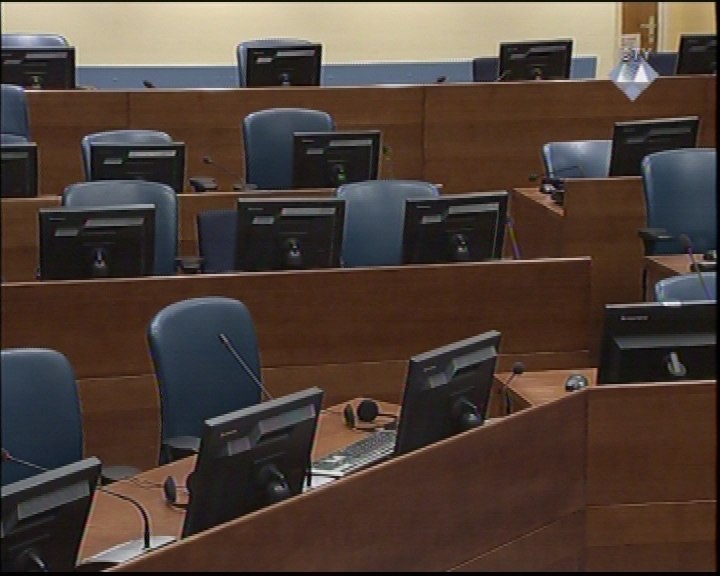 Defendant bench in Courtroom I ICTY

On Thursday, 31 March 2016, the Trial Chamber led by French judge Antonetti will deliver its judgment in the case against Vojislav Seselj, the Serbian Radical Party leader. Seselj is on trial for crimes against humanity in Croatia, Vojvodina and Bosnia and Herzegovina.

The verdict was initially slated for 30 October 2013 but one month before the date, the hearing was cancelled because there were some changes in the panel hearing the case: Danish judge Harhoff was disqualified at Seselj’s demand, to be replaced by Judge Niang from Senegal. In order to be able to join the deliberations, Judge Niang first had to go through the entire case file: 17,500 pages of transcripts, 1,400 exhibits and hundreds of hours of video materials. The whole process took two and a half years.

The case against Vojislav Seselj was one of those cases at the Tribunal where everything that could go wrong did go wrong. Not so much perhaps in the three years of the pre-trial proceedings, when judges Schomburg, Agius and Orie somehow managed to deal with the obstructions, insults and profanities of the accused. However, by going on a hunger strike Seselj managed to extract a number of concessions from the Appeals Chamber after 8 December 2006: the disqualification of the entire trial chamber, quashing of the order to appoint a lawyer to him and the acceptance of his demand to obtain documents ‘only on paper and in the Serbian language’ (Seselj told the judges he never used a computer for fear of electric shocks and didn’t speak foreign languages).

Ever since, Seselj has maintained a firm grip on the proceedings. In November 2014, SENSE covered the issue in detail in its text, Miscarriage of justice. Today, Seselj is still in control: the Trial Chamber has decided not to order the Serbian authorities to ensure the presence of the accused at the hearing after Seselj made it quite clear that he didn’t intend to come to The Hague.