In the appellate brief, the prosecution asks the Appeals Chamber to reverse the ‘vitiated’ first-instance judgment in the Vojislav Seselj case, and to convict him of war crimes and crimes against humanity. According to the prosecution, 28 years in prison would be an appropriate sentence. Alternatively, the prosecution wants the Serbian Radical Party leader to be retried 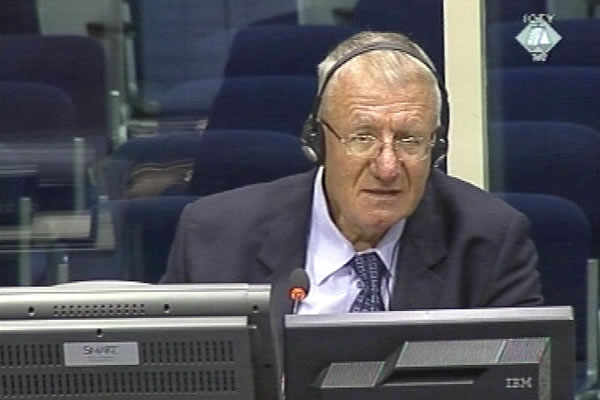 The prosecution’s appeal, as indicated in the notice of appeal filed on 2 May, is based on two grounds: errors in law and errors in fact.

In the first ground of appeal, the prosecution notes that the first-instance judgment, delivered by a majority of votes (French judge Antonetti and Judge Niang from Senegal outvoted Italian judge Lattanzi, who was opposed to the acquittal), did not provide sufficient reasoning in support of the key findings of the Trial Chamber. As the appeal notes, the judges did not carry out the necessary analysis of the arguments proffered by the prosecution and of the evidence on Seselj’s ideology, goals and intents, and of mass crimes committed by the Serb forces. According to the prosecution, the majority in the chamber failed to explain why it rejected evidence on the existence of a joint goal and on Seselj’s contribution to the joint criminal enterprise at the heart of the case. These errors, compounded by several others, resulted in a ‘vitiation’ of many parts of the judgment. The cumulative effect is the ‘undermining of the judgment as a whole’.

One of the ‘vitiated’ parts of the judgment is the conclusion of the majority of the judges in the Trial Chamber that the prosecution failed to prove the systematic and widespread attacks on the civilian population. The trial judges likewise accepted Seselj’s argument that civilians had not been expelled from their homes and towns, but had merely tried to flee combat zones, in buses provided for that purpose by the Serb authorities as a ‘humanitarian gesture’.

In the second ground of appeal, the prosecution argues that some facts have been erroneously established; as a result, the accused was acquitted. This constituted a miscarriage of justice.

Based on the entirety of evidence, as stated in the appeal, ‘no reasonable trial chamber’ could conclude that the prosecution had failed to prove the elements of the crimes against humanity; the culpability of the accused as a participant in the joint criminal enterprise; his roles in inciting crimes; his aiding and abetting the so-called ‘Seselj’s men’ who committed crimes; his direct participation in the persecution, deportations and inhumane acts, and finally, his criminal responsibility for war crimes and crimes against humanity.

The accused Vojislav Seselj should respond to the prosecution’s appellate brief within 80 days of the receipt of the Serbian version. The prosecution will then have 15 days to prepare its response to Seselj’s reply.

The president of the Appeals Chamber in Seselj’s case is US judge Theodor Meron. One of the many books the accused has written is devoted to Meron. The other judges are Lee Muthoga, from Kenya, Rita Arrey, from Cameroon, Ben Emmerson from the United Kingdom, and Ivo Nelson Batista Rosa from Portugal. Both the appellate proceedings and the retrial, if it comes to that, will be conducted before the Tribunal’s successor, the Mechanism for International Criminal Tribunals.