SESELJ’S ACQUITTAL TO BE REVIEWED BY APPEALS CHAMBER

At a hearing before the Appeals Chamber, the prosecution argued that Vojislav Seselj’s acquittal teemed with errors in fact and law; taken cumulatively, the errors invalidated the judgment as a whole 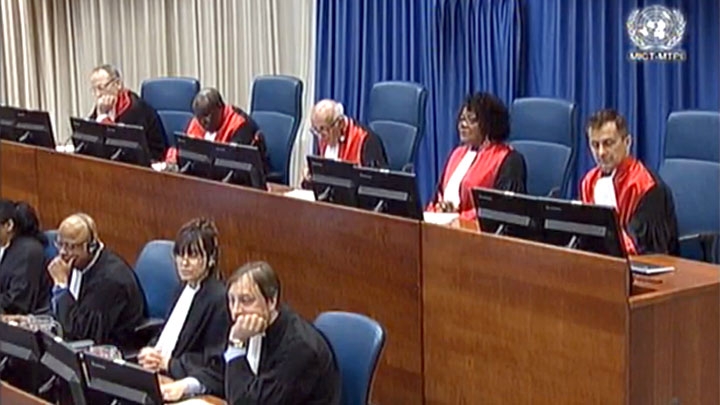 With this remark, prosecutor Mathias Marcussen concluded the oral arguments at an appellate hearing in the case against the Serbian Radical Party leader. The hearing was held before the Appeals Chamber of the Mechanism for International Criminal Tribunals, presided by the US judge Theodor Meron: it finished in record time, a mere hour. Vojislav Seselj had refused to attend the hearing on the appeal filed by the prosecution. American lawyer Colleen Rohan sat on the defense side of the courtroom, as she had been appointed ‘stand-by counsel’ on the orders of the Appeals Chamber. It was her task to safeguard Seselj’s ‘right to due process’. She did not have any objections.

As the prosecutors argued, the gravest error in law lies in the failure of the Trial Chamber to take into account the huge volume of evidence on the crimes in Croatia and Bosnia and Herzegovina. The prosecution highlighted as ‘particularly egregious’ the conclusion of the Trial Chamber that in Croatia and BH there had been ‘no systematic and widespread attack on the civilian population’. The victims and witnesses, Marcussen said, want to hear an explanation as to how the Trial Chamber managed to reach the conclusion which runs counter to dozens of other judgments delivered by the Tribunal over the past 20-odd years.

The prosecution likewise complains that in the trial judgment the judges failed to put the crimes into a context which would make it clear that they had been committed as part of a joint criminal enterprise whose goal was to forcibly and permanently remove non-Serbs from one third of the Croatian territory and from large swaths of Bosnia and Herzegovina. According to the indictment, in addition to Seselj, many others, such as Slobodan Milosevic, Veljko Kadijevic, Blagoje Adzic and Radmilo Bogdanovic, took part in the enterprise.

According to the prosecution, the victims and witnesses would find particularly insulting the conclusion reached by the Trial Chamber that the non-Serb civilians had not been persecuted and expelled from their homes, but that they had in fact fled the combat zones seeking shelter in towns and villages inhabited by their ethnic community, while the Serb authorities had provided them with buses for their transfer ‘for humanitarian reasons’.

For all those reasons, the prosecution wants either the trial judgment to be quashed and for Seselj to be convicted, or a re-trial.

Once he receives the record of today’s hearing, ‘in Serbian and on paper’, as is his wont, Seselj may respond in writing within ten days to the prosecution’s arguments. The prosecution will then have to respond within five days. The Appeals Chamber will then decide whether to close the Seselj case or to order a re-trial.