Milan Martic, former president of the former Republic of Serbian Krajina, has urged the Mechanism for International Criminal Tribunals to terminate the proceedings initiated against him ‘in his absence’ in Croatia for the shelling of Karlovac and Jastrebarsko. Martic is currently serving a 35-year sentence in a prison in Estonia 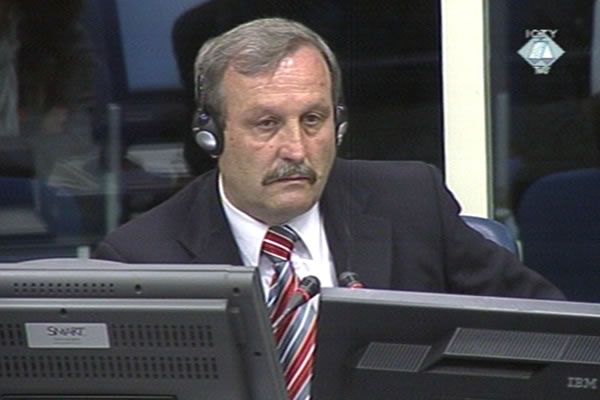 Milan Martic, defence witness of Radovan Karadzic
Milan Martic has urged the Mechanism for International Criminal Tribunals (MICT) to set up a panel which will order the withdrawal of the indictment and the termination of the proceedings against him in Croatia. The Croatian judiciary has charged Martic with the shelling of Karlovac and Jastrebarsko in early May 1995. Martic has invoked the non bis in idem principle enshrined in Rule 16 of the MICT Rules of Procedure and Evidence, which stipulates that convicted individuals cannot stand trial twice for the same crime. The former president of the Republic of Serbian Krajina is currently serving his 35-year prison sentence. The Tribunal found Martic guilty of crimes against Croatian civilians in Krajina from 1991 to 1995. In 2003, while he was in the Tribunal’s Detention Unit, Croatia indicted Martic. When Martic was transferred to Estonia to serve his sentence, Croatia filed an extradition request based on the indictment issued in Croatia, but Estonia rejected it. In 2011, the Croatian indictment against Martic was abridged: the shelling of Karlovac and Jastrebarsko were the only charges left. Martic is now being tried in Croatia in absentia. Martic’s motion submitted to Judge Meron on 24 June 2016 was disclosed today. Martic’s lawyer Predrag Milovancevic argued that the shelling of Karlovac and Jastrebarsko was part of the indictment against Martic issued by the Hague Tribunal. The allegations pertain to theattacks on Zagreb launched on 1, 2 and 3 May 1995. Martic was found guilty of murder, cruel treatment and unlawful attacks on thecivilian population for those attacks, Milovancevic stressed.Obviously, the motion states, the two indictments issued by the Tribunal and by Croatia’s judiciary are identical when it comesto the nature, time and location of the criminal offences committed bythe accused. Martic’s lawyer has therefore urged the Mechanism tourgently rule on the motion.