FLORENCE HARTMANN IN ISOLATION AND UNDER ROUND-THE-CLOCK SURVEILLANCE

Upon her transfer to the UN Detention Unit, former spokeswoman of the ICTY Office of the Prosecutor has been segregated from the rest of the detainees, placed in isolation and under round-the-clock surveillance. Her lawyer considers the regime to be 'unnecessary, unjustified and disproportionate', but cannot lodge a complaint because the management of the detention unit are away for the Easter holiday 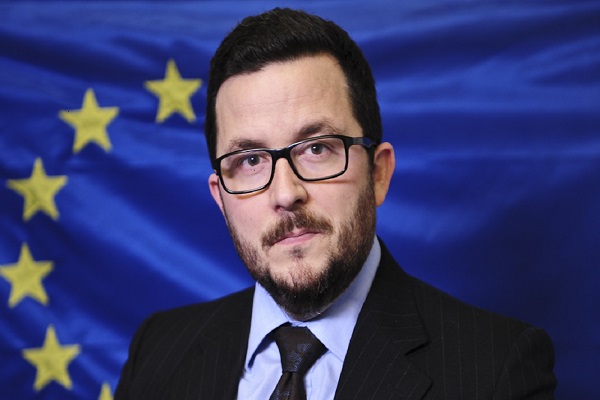 Florence Hartmann, former spokeswoman of the Tribunal's Office of the Prosecutor, picked the wrong time to be arrested and transferred to the UN Detention Unit where she is to serve the seven-day prison sentence she received after publishing a confidential decision of the Tribunal's Appeals Chamber. The ICTY had initially fined her 7,000 euros, but the punishment was later converted to a prison sentence.

Florence Hartmann was arrested on Thursday, 24 March 2016, just before Radovan Karadzic was given his verdict, on the eve of the Easter break. The lawyer who represented her in the contempt of court proceedings, Guenael Mettraux from Switzerland tried in vain to get in touch with the UN Detention Unit warden on Friday, 25 March, to complain about the conditions of Florence Hartmann's detention. He was told to call again after Easter, since the warden and all the other relevant personnel were away for the holiday.

Upon her transfer to the detention unit, the warden ordered Hartmann to be segregated from other detainees, to be placed in isolation and round-the-clock monitoring, Mettraux said. This means that the lights in her cell never go out. Mettraux also stated that this treatment was ordered orally. There is no paper trail and no justification for such measures. Neither Hartmann nor her lawyer has been questioned.

Since he has been unable to contact the relevant services in the UN Detention Unit, Mettraux had submitted an urgent motion to the Registry of the Mechanism for International Criminal Tribunals, asking it to modify the conditions of detention. In his motion, as he has told us over the phone from Paris, he has asked the MICT to rescind the existing regime forthwith, as it is 'unnecessary, unjustified and disproportionate'.

Since the Registry and all the other Tribunal services are likewise closed for the holidays, Mettraux's 'urgent motion' will in all likelihood be published after the long Easter weekend.

Mettraux has also announced he will submit a motion to Judge Meron, president of the Mechanism for International Criminal Tribunals, the institution which arrested Hartmann, He will petition Meron to release Florence Hartmann after she has served two thirds of her sentence, in order to ensure 'equal treatment of all the convicts'. Hartmann would thus have to be released on Tuesday at the latest.