WHAT WILL BE THE TRIBUNAL'S LEGACY?

If the legacy is that the actus reus of aiding and abetting liability is the need to prove the official’s specific direction of assisting or abetting the charged crimes, or to prove that the official was geographically close enough to the crime scenes to be aware of the criminal conduct... then the Yugoslav Tribunal will have guided future perpetrators of atrocity crimes, at the highest levels of the state and of the military, on how to avoid liability 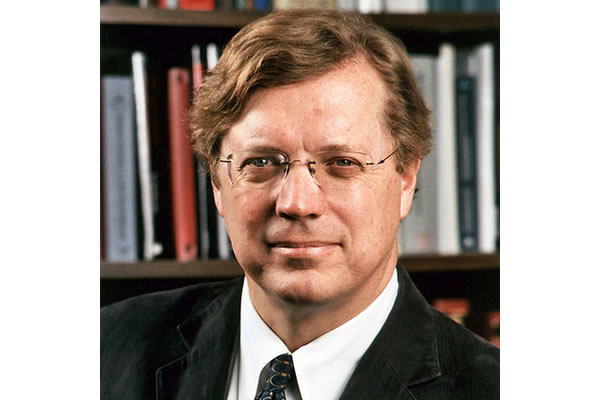 The remarkable fact that frankly no one predicted in 1993 is that the Yugoslav Tribunal stands on the precipice of accomplishing its mandate. There are still several trials to complete and appeals judgments to render, and trial delays due in no small measure to defendants’ health issues and the discovery of new evidence. But we can safely confirm that the tribunal will relatively soon achieve its primary goals.

Reasoned observers have criticized and will disagree with some of the final judgments, but the judicial process worked its will. The evidence uncovering what actually happened poured forth in the courtrooms in The Hague for over 20 years. That evidence will occupy historians, legal scholars, sociologists, and even novelists for decades as the countless narratives of what occurred in this country expand and deepen with research into the trial records, judgments, and archives of the tribunal.

One issue that lingers, however, is whether the Yugoslav Tribunal has adequately addressed the context within which atrocity crimes occurred. One would think that the massive amounts of evidence presented in the courtroom, including what has been gleaned from four years of media reports during the conflict and the historical studies and memoirs that have relentlessly followed, would establish the context and unique character of the Balkans conflict.

In my view, a key question for any judge must always be answered:how do mass atrocity crimes occur within the particular characteristics of the overall situation, or the overall conflict? I am not speaking of an individual crime linked to an individual defendant, but scores or hundreds or thousands of crimes linked through complex associations of individual leaders and subordinates acting with a common purpose. How do political and military leaders orchestrate atrocity crimes without appearing to do so? How do they shield their intent and their methods of assistance? How do they distance themselves, by geography or command structures, to deny responsibility? Who inspires or liberates lower level perpetrators, perhaps hundreds of miles away, to commit these heinous crimes? Are the atrocity crimes spontaneously erupting or does the defendant play a key role in unleashing what appears spontaneous or the revengeful zeal of the soldiers or militia in the field?

Are standards of conventional criminal law, particularly as they may relate to a time when technological means of communication and monitoring were undeveloped, apply to a modern situation where proximity to the crimes becomes practically irrelevant? Where the perpetration of atrocity crimes against large numbers of victims, indeed against hundreds of thousands over a span of four years, occurs in order to advance state policy or the ideological objectives of a state’s or organization’s leaders? How do we define mens rea and actus reus when one is examining the commission of atrocity crimes? Is it precisely the same analysis as one would apply against a single individual for the commission of a common crime? Is not knowledge that one’s actions are likely to aid in the commission of atrocities the very essence of leadership culpability in the realm of atrocity crimes, in the context of a nation torn asunder by perpetrators associated with organized military elements over months and years of illegal conduct? At what point is a court narrowing its understanding of the context of the situation so profoundly that justice in fact is denied?

We can ask these questions more sharply now because the judicial record exists. If someone is sitting in Belgrade, for example, and in fact as close to the source of ultimate power as possible, by what calculation is that individual not aware of information relating to the armed conflict and the atrocities? By what calculation is proximity relevant to the analysis when the international media is covering the conflict and its associated atrocities and briefings are flowing into Belgrade offices? And how is that calculation influenced by the frequency and duration of such information arriving over years of conflict such that only the most incompetent and naïve official would not understand the impact of his actions on the commission of atrocity crimes?

We need to ask ourselves those questions and recognize that proving the guilt of a high official who is smart enough to say or facilitate or order one thing but mean something quite different is an exploration of inference within the context of atrocities that judges are perfectly capable of undertaking.

There is one presumption that in my view should gain greater currency in international criminal law, namely that if the media or official briefings report atrocities, even isolated atrocities within a particular locale or region, on a periodic basis over a sustained period of time, and the forces over which a political or military official directs, supplies, or commands are deployed in the thick of those atrocities, that top official should be presumptively on notice of those atrocities.

This is particularly true if that official is receiving briefings about what is occurring on the frontlines of the conflict, or even behind those frontlines in the detention camps and other crime scenes of a de facto occupation of territory, and fails to act to address the situation. He or she cannot naively feign ignorance, or argue they are simply engaged in an armed conflict, and thus be exempted from responsibility.

The high-ranking official’s original intent may not have been to unleash such atrocities, and indeed may have been to simply direct or supply conventional armed forces in conventional warfare. But when news reports scream out the realities of atrocities over a number of years, it is simply implausible to hold that leader, who has remained engaged throughout at the highest levels, immune from responsibility. He or she must be assumed to know of that news - a presumption of news awareness, you might call it - and not plead that somehow one was oblivious to that information.

If one is in a leadership role, and this would be as true of the 1990s as of today, one should be presumed to know what is being reported by relevant media sources. If a top official is orchestrating logistical support for troops engaged in atrocities, that official is no longer operating in some blissful world of lawful military engagement. To argue that the evidence does not point directly to him, or that he cannot be proven to have demonstrated specific intent to commit or aid and abet the atrocity crimes, is to ignore the reality of modern warfare and of how atrocity crimes are easily integrated into hostilities.

Examine any armed conflict in the world over the last 20 years and civilians are the primary target of armed forces, militia, or rebels unschooled in or dismissive of the law of war, such that if news of atrocities against civilians is being reported in the media, then at a minimum one must assume there is a legal problem begging for attention. The context should mean something, indeed a lot, in international criminal law. What is going on within the realm of operations that might inform the leader’s judgment and his decisions?

The key question thus becomes whether the court fails to understand what must be logically inferred from year after year of facts on the ground of which leaders, no matter how distant they are from the battlefields or atrocity sites, no matter how detached they may appear to be when supplying a military force suspected of atrocity crimes, must have knowledge. Such leaders must risk accountability for what the armed force does over sustained periods of time where there has been no breakdown in communicating the facts, and indeed the media is reporting it diligently year after year.

My concern is that the legacy of the tribunal, something I care deeply about having been present at its creation, must not be to provide a roadmap to political and military leaders about how to avoid culpability for atrocity crimes that they so clearly know are occurring. The legacy must not eliminate aiding and abetting as a mode of liability for the highest-ranking officials, and thus cast such liability into the domain only of the lowest-level perpetrators.

If the legacy is that the actus reus of aiding and abetting liability is the need for the prosecutor to prove the official’s specific direction of assisting or abetting the charged crimes, or to prove that the official was geographically close enough to the crime scenes to be aware of the criminal conduct under some presumption that close proximity in the modern world is as important as it might have been in the medieval world, then the Yugoslav Tribunal will have guided future perpetrators of atrocity crimes, at the highest levels of the state and of the military, on how to avoid liability. They need only demonstrate that they were indeed supplying armed forces for armed conflict as if they lived in a bubble of no news, no briefings, no awareness or knowledge of what was being waged by those armed forces. The context tells us otherwise; indeed common sense informs us otherwise.

No, that cannot be the legacy of the Yugoslav Tribunal. There are already signs of hope that the final legacy will be quite different.In January 2014 one of the Appeals Chamber panels of the Yugoslav Tribunal firmly held that specific direction is not an element of aiding and abetting liability in a case concerning the Kosovo atrocities and reaffirmed the longstanding requirement that the true test of actus reus of aiding and abetting is that it must be demonstrated that any act or omission substantially contributed to the continued commission of the atrocity crime. As for the mens rea requirement, awareness that one’s actions or omissions are likely to assist with the commission of atrocity crimes remains customary international law. The Special Court for Sierra Leone and Extraordinary Chambers in the Courts of Cambodia also have so affirmed. Nor has the Pre-Trial Chamber of the International Criminal Court embraced the specific direction standard for aiding and abetting; rather, it has required that the aider or abettor act with the purpose of facilitating commission of the crime, which can be achieved through the knowledge standard explicitly provided for under Article 30, the mens rea provision, of the Rome Statute.

Opportunities still remain in the three Appeals Chamber judgments currently being deliberated and in the Trial Chamber and possibly Appeals Chamber judgments on the fates of Radovan Karadžić, Ratko Mladić, Goran Haždić, and Vojislav Šešelj, to settle whether the Yugoslav Tribunal as an institution has correctly formulated this equation of facts and context. We will discover whether, in the final analysis, practical realities as articulated through customary international law prevail about how criminal conduct can emanate from the highest reaches of power to devastate the lives of ordinary innocent civilians who are entitled to credible justice.

David Scheffer is the Mayer Brown/Robert A. Helman Professor of Law and Director, Center for International Human Rights, at Northwestern University School of Law, where he teaches international criminal and human rights law. From August 1997 until January 2001 he was the first U.S. Ambassador-at-Large for War Crimes Issues 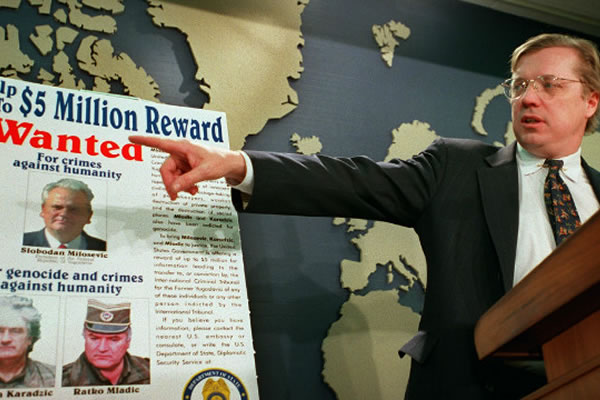