HOLLAND LIABLE FOR DEATHS OF MORE THAN 300 SREBRENICA MEN

Holland is liable for the killing of more than 300 men from Srebrenica, the District Court in The Hague has ruled in a suit filed by the families of the Srebrenica victims 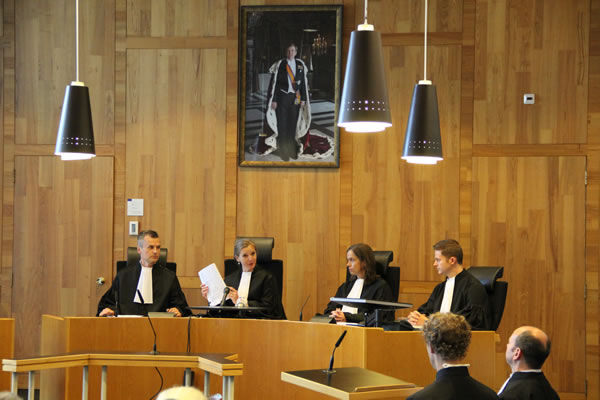 The District Court in The Hague

The District Court in The Hague has found that Holland is liable for the deaths of more than 300 men who were forced to leave the UN Dutch Battalion base in Potocari in July 1995. The men were handed over to the Serb forces and were subsequently killed.

On 13 July 1995, the Dutch soldiers saw piles of documents that had been taken from men who had been separated from their families close to their base. At that point, the Dutch soldiers had to have been ‘aware of the risk that genocide would be committed’, the judgment stresses. Consequently, they ‘had to decide that the men who were already inside the UN base in Potocari should not be made to leave’. The judgment concludes that the Dutch state was responsible for that failure and was obliged to compensate the families of the men taken from the Potocari base by Serb soldiers.

The court rejected the demands made by the Srebrenica families to find the state guilty of the deaths of all the men killed in Srebrenica, regardless of whether they were in the UN base or outside, and of those who were killed as they retreated towards Tuzla.

Dutch lawyer Marco Gerritsen, who represented the victims’ families, told the SENSE news agency that he was partially satisfied with the judgment. It has established that Holland was responsible for the murder of more than 300 Srebrenica men, Gerritsen noted.

Although the judgment ordered the state to pay compensation to the victims’ families, the lawyer said it was too early to talk about that. The case would surely go on for another couple of years. ‘I am sure that Holland will appeal against this judgment, and we will surely file our appeal on behalf of the men who have been left out of the judgment’, Gerritsen noted.

The victims’ representatives agree that the judgment is a ‘good start’ of their ongoing struggle to establish that Holland is liable for the deaths of their family members. However, the families criticized the judgment because it has ‘segregated the victims’.

‘I have been split in half: one of my brothers and one of my sons are not victims, while my husband and another brother are, whereas in the actual fact they are all victims in the same way’, Kada Hotic, a member of the Association of the Mothers of Srebrenica and Zepa, said in the wake of the judgment.