Goran Hadzic’s defense has been granted 140 hours to present its case. The judges have granted the defense’s request for a four-day working week in July and August 2014, when the accused will give evidence 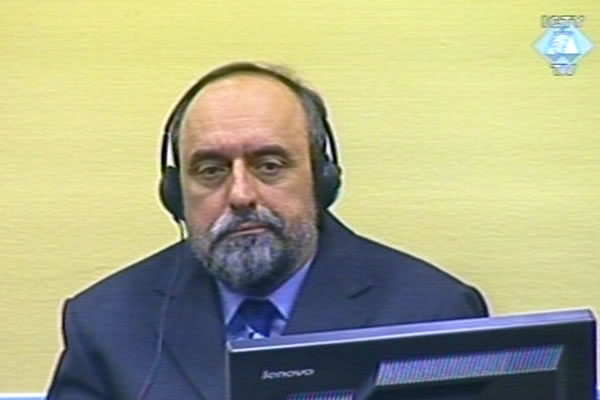 Judge Delvoie's Trial Chamber has granted the motion filed by Goran Hadzic, former president of the Serb Autonomous Region Eastern Slavonia, in which he asked for 140 hours to examine his defense witnesses in chief. Hadzic is on trial for crimes against humanity and violations of laws and customs of war in Eastern Slavonia and later in the self-proclaimed Republic of Serbian Krajina from June 1991 to the end of 1993.

At the pre-defense hearing, Hadzic's lawyer Zoran Zivanovic indicated he would call about 80 witnesses. The first witness will be Goran Hadzic. At the same hearing, the defense asked the Trial Chamber to reverse its previous decision extending the working week from four to five days in July and August 2014.

The defense argued that the five-day working week would expose Hadzic to ‘substantial physical burden’, and would run counter to the ‘interests of justice or truth-funding’. At the pre-defense hearing the prosecution stressed that the accused giving evidence is not in itself a reason to change the court schedule. According to Douglas Stringer, who heads the prosecution team, the defense’s request implied that "Hadzic enjoys special status as a witness, entitling him to preferential treatment not afforded to Prosecution witnesses; a suggestion it opines

After 30 hours of the examination-in-chief, Hadzic will be cross-examined by the prosecution. The judges concluded that the time devoted to deal with one witness would be used ‘more efficiently’ in comparison to the time spent to examine several witnesses. The Trial Chamber consequently allowed the trial to go on for four instead of five days a week during Hadzic’s testimony. The court would be in session from Monday to Thursday, except on 4 July 2014, the first Friday after the beginning of the defense case, which will be a working day.

The prosecution’s case began in October 2012. The prosecution rested its case on 9 April 2014. At the half-time of the trial the defense petitioned the judges to acquit Hadzic on some counts in the indictment but the judges dismissed the motion.