STANKOVIC WILL NOT RETURN TO THE HAGUE

Radovan Stankovic’s last motion to be allowed to return to The Hague ‘for a re-trial and for the truth to be established’ has been dismissed. The BH State Court sentenced Stankovic to 20 years for rapes of Muslim girls and women 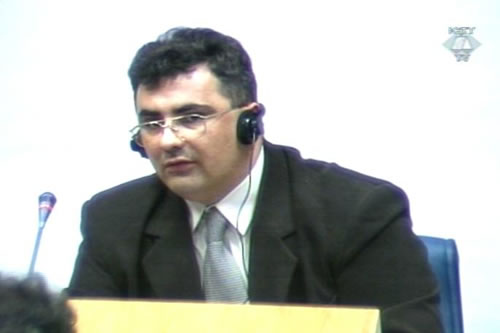 Radovan Stankovic in the courtroom

In its decision the Appeals Chamber of the Mechanism for International Criminal Tribunals dismissed the last motion filed by Radovan Stankovic, former Bosnian Serb Army soldier from Foca. After he was convicted of rapes in Bosnia and Herzegovina he tried to have his case referred back to The Hague for a re-trial. Stankovic’s appeal against the decision of the Referral Bench, which cited purported violations of his right to due process in BH, was rejected.

Stankovic was indicted in 1996 for enslavement, mass rape and violation of personal dignity of numerous Muslim girls and women in Foca. At that time, Stankovic was not as keen go to The Hague as he is today. On the contrary, Stankovic remained in hiding until 2002 when he was arrested by the international forces and transferred to the Tribunal’s detention unit. Three years later, Stankovic’s case was referred to the BH State Court. Stankovic was first sentenced to 16 years. His sentence was increased on appeal to 20 years in prison. After the final sentence was handed down in April 207, Stankovic escaped from the prison in Foca and spent almost five years on the run.

Stankovic submitted his first motion to be allowed to return to The Hague in January 2013. The motion was confidential. Stankovic alleged that he didn’t have a fair trial in BH. The Trial Chamber that had referred his case to Sarajevo dismissed the claims and the motion was thrown out. Stankovic appealed against the decision, alleging that Judge Alphons Orie had a ‘conflict of interest’, because he had been in the Trial Chamber that had referred Stankovic’s case to BH, and then again in the chamber that dismissed Stankovic’s motion to be retried in The Hague. The Appeals Chamber rejected the appeal, stating that no rule prevents a judge from sitting in both chambers.

Stankovic also claimed the fairness of his trial in BH had not been assessed properly. In its decision the Appeals Chamber recalled that the motion to repeal the transfer of a case could be submitted before the final judgment is rendered by a domestic court. This was not the case with Stankovic. However, Stankovic claimed that in Sarajevo ‘the judgment against him wasn’t final’. The judgment was not legitimate, because the ‘same judges that tried him in the first instance’ rendered the second-instance, final judgment. After the judges in The Hague checked the composition of the Sarajevo chambers, they concluded that the claim simply wasn’t true.

For all those reasons, the judges ruled there were no grounds to reverse the decision to dismiss Stankovic’s previous request to return to The Hague for a re-trial. That means that the rapist from Foca will serve his 20-year sentence in prisons in Bosnia and Herzegovina.