WHO PLANNED AND CARRIED OUT SREBRENICA OPERATION?

As the former commander of the VRS 2nd Romanija Brigade said today, Operation Krivaja 95 in Srebrenica was ‘planned and carried out by the VRS Drina Corps’. Its commander was found guilty of the crimes in Srebrenica and sentenced to 35 years in prison. Initially, there was no plan to take the enclaves, Mirko Trivic claimed at the trial of Ratko Mladic 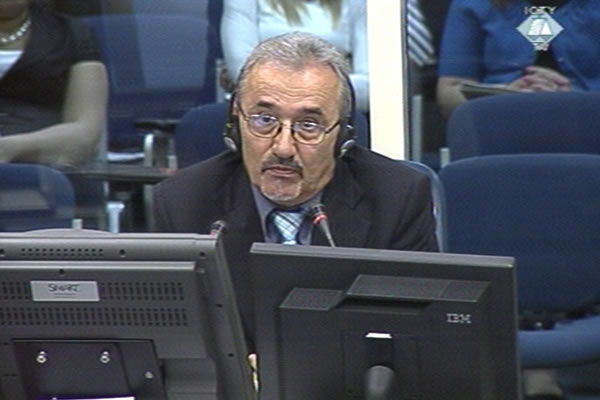 In the summer of 1995, Colonel Mirko Trivic commanded the 2nd Romanija Brigade in the VRS; one of his units participated in Operation Krivaja 95 under his direct command. He had already testified at three other trials for Srebrenica crimes; yet again, he testified about the events he took part in in June and July 1995 in Srebrenica and Zepa, this time at the trial of the former VRS Main Staff commander, Ratko Mladic.

The brief summary of Trivic’s evidence at the Srebrenica Seven trial in 2007 states that Trivic took part in combat and entered Srebrenica on 11 July 1995, at the same time as General Mladic, who is on trial for the crimes in Srebrenica. In the evening of 12 July, at a meeting of the officers commanding the units that participated in the operation, he was ordered by Mladic to accomplish a new task: to continue fighting in the Zepa area. Trivic was wounded in the fighting and left the combat zone.

In a few additional questions, prosecutor Peter McCloskey tried to prove the allegations in the indictment that the Srebrenica crimes were planned. The decision to capture Srebrenica followed after the initial task of the operation was achieved: to cut the Srebrenica enclave off from Zepa, the witness said. The enemy forces did not offer resistance and the commander-in-chief of the VRS, Radovan Karadzic, gave his approval to the troops to enter the enclave.

The prosecutor showed the witness the preliminary order issued by the Drina Corps command on the eve of the attack on Srebrenica. The troops are ordered to ‘improve the tactical position of the VRS forces, divide and reduce in size the enclaves so that they covered just the two town centers, and create conditions for their elimination’. When the prosecutor put it to him that this order proves the capture of the two enclaves had been part of the plan, Trivic denied it. According to his interpretation of the document, ‘strive to create conditions for the elimination’ is not tantamount to the actual elimination of the enclaves.

As he was cross-examined by Mladic’s defense counsel Branko Lukic, Trivic confirmed that between 9 and 13 July 1995 he ‘did not see any officers from the VRS Main Staff’ at the command posts in the Srebrenica and Bratunac areas, apart from Mladic. He also confirmed that Operation Krivaja 95 was run by the VRS Drina Corps; the Corps ‘planned and carried out’ the operation. The then Drina Corps commander Radislav Krstic was found guilty of the Srebrenica crimes by the Tribunal and is currently serving his 35-year sentence.

Trivic’s interpretation of the documents shown to him while he was examined by the prosecution and the defense appeared to have irked the judges. The presiding judge Orie was not the only one to ask for additional clarifications; judges Moloto and Flügge intervened several times. The exchanges between the judges and the witness grew quite heated at times; Judge Flügge remarked at one point, ‘I see that you cannot answer my question’, and Judge Orie warned the witness that the Chamber did not want his ‘interpretation of documents and orders but facts you can give us to support it’. Mirko Trivic’s evidence will continue tomorrow.