Male nurse Ivica Pinter contends that on 1 August 1991 he saw Goran Hadzic in front of the destroyed police station in Dalj. Hadzic was the prime minister of the Serb Autonomous Region of Eastern Slavonia, Baranja and Western Srem at the time. The defense claims that Hadzic was not in Dalj that day and that the witness couldn’t have seen him 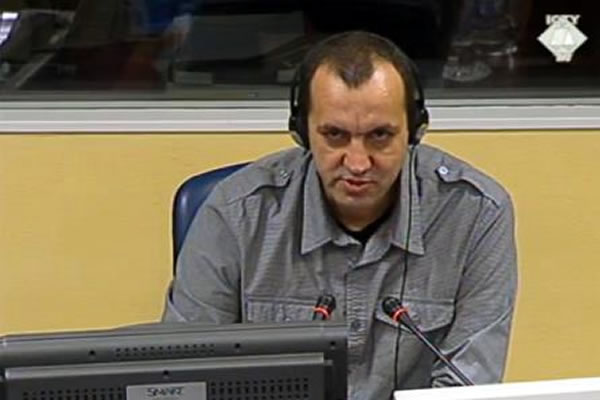 During the evidence of male nurse Ivica Pinter, the parties devoted the most time to establishing whether Goran Hadzic was in front of the destroyed police station in Dalj on 1 August 1991. At the time, Hadzic was the prime minister of the Serb Autonomous Region of Eastern Slavonia, Baranja and Western Srem (SAO SBZS).

In the examination-in chief, Pinter claimed that on 1 August 1991 he was sent from the Emergency Service in Osijek to Dalj to treat the survivors of the attack in which the police station had been destroyed. There were no survivors; the police station was ‘completely destroyed, as if it had been hit by tank shells’, the witness said. The dead bodies of civilians were strewn in front of the police station and the witness saw several dead police officers in the police station building. The witness’s most vivid memory is that of ‘strange-looking heads’ of the police officers: they looked as if someone had shot them ‘after the fighting’. When he got out, Pinter claimed, he saw Goran Hadzic talking to a JNA officer who had escorted in an APC Pinter’s ambulance from Osijek. The witness didn’t speak to the accused. He didn’t know him personally but claimed that he recognized Hadzic from ‘TV reports’.

In the cross-examination, the defense counsel put it to the witness that his memory was not reliable and that Pinter saw Hadzic only on TV. Defense counsel Christopher Gosnell put to the witness the defense’s case, that Hadzic was not in Dalj that day and that the witness could not have seen him in front of the police station. According to the defense, the witness may in fact have seen Marko Loncarevic, from the local Territorial Defense. Loncarevic also had beard and resembled Hadzic. The witness remained firm, saying ‘ I believe that the person I saw was Hadzic’. In the re-examination, Pinter confirmed that when he returned to Osijek he talked to a police officer. The police officer made an official record about the interview and noted that Pinter said he had seen Hadzic in Dalj.

Goran Hadzic’s trial continues on Monday with the evidence of a new prosecution witness. Hadzic is on trial for persecution, wanton destruction and looting of public and private property in Dalj and other places in Eastern Slavonia.