SESELJ GETS TWO MORE YEARS FOR CONTEMPT OF COURT

The Trial Chamber today sentenced Vojislav Seselj to two years in prison for ‘deliberately and willfully’ obstructing the administration of justice. Judge Trechsel appended his dissenting opinion. The two years Seselj received today make a total of four years and nine months, and that is before he has heard the judgment in his main trial 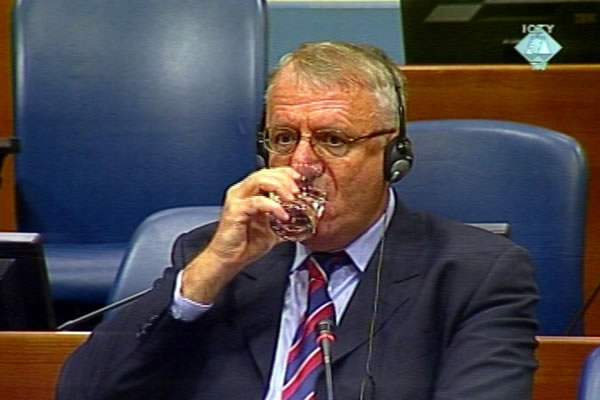 The Serbian Radical Party leader Vojislav Seselj was sentenced to two years in prison for contempt of court. The indictment was issued in May 2011, after he failed to comply with a number of Trial Chamber’s orders to remove from his website four books and six confidential documents, which contained information about the protected prosecution witnesses. Before handing down the actual judgment, presiding judge Stefan Trechsel listed five orders issued between 16 December 2009 and 3 November 2012.

Several indicators led the Trial Chamber to conclude that Seselj possessed the requisite intent, and that he ‘deliberately and willfully’ perpetrated the crime he was charged with. First, there is evidence that Seselj confirmed the receipt of the Trial Chamber’s orders with his signature. Second, on several occasions Seselj admitted before the court that he was in charge of the running of his website. Seselj’s son Nikola confirmed this in a letter to the judges. The domain is registered under Nikola Seselj’s name. He told the Trial Chamber that his father was the ‘only person allowed to make decisions on the contents of the Internet presentations’. This led the judges to conclude that the Serbian Radical Party leader knew and was able to comply with his obligation to remove the controversial material. As he failed to do it, Seselj was found guilty of contempt of court.

When the judges deliberated on the sentence, they took into account Seselj’s ‘frequent challenges of the Tribunal’s legitimacy’, his persistent refusal to remove the confidential material from the Internet and his two previous contempt of court convictions as aggravating circumstances. The Trial Chamber considered whether there were any mitigating circumstances, such as ‘an intimation of remorse on the part of the accused’, but concluded there ‘are none’. In light of the gravity of the crime and need to deter the accused from repeating similar offenses, Seselj was sentenced to two years in prison. The presiding judge enclosed his dissenting opinion, arguing that the sentence should have been ‘significantly milder’. Seselj refused to stand up while the presiding judge read out the sentence and made insulting remarks to the judges.

Seselj has already been convicted twice for disclosing confidential information on protected prosecution witnesses. The Appeals Chamber has confirmed the first sentence, to 15 months in prison, and the Trial Chamber has sentenced Seselj to 18 months. The two-year sentence Seselj received today makes a total of four years and nine months, and he has yet to receive his judgment in the main case, for crimes against non-Serbs in Croatia, Vojvodina and BH. The judges are expected to render their judgment in March 2013.