PARADE OF CHETNIK INSIDERS WHO HAVE HAD ‘A CHANGE OF HEART’

As they testified in Vojislav Seselj’s defense at his contempt of court trial, several former members of Seselj’s formations claimed that their statements to the OTP investigators were made under duress. They were scared by the investigators’ threats and blackmail and blamed the Serbian Radical Party leader. The witnesses failed to explain how their fear vanished suddenly and what prompted them to switch sides and turn from prosecution witnesses back into Seselj’s followers and his witnesses. The accused again behaved scandalously in the courtroom and insulted the judges 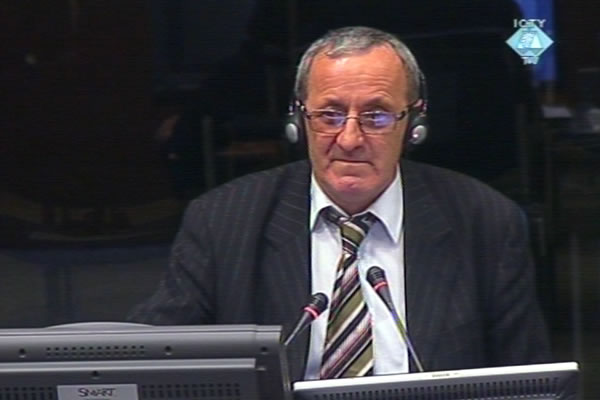 On the second day of Vojislav Seselj’s defense case at the contempt of court trial, four witnesses paraded through the courtroom. One witness refused to testify because there were no procedural grounds for the lifting of the protective measures and the witness wanted to show his devotion to his leader and the ‘truth’ in public. All witnesses expressed openly their sympathies for the accused. One of the witnesses even kissed Seselj at the end of his testimony, with the judges’ permission. All of the witnesses strove to confirm the defense case: the accused was not responsible for making public the identity of 11 protected witnesses who were due to testify at Seselj’s main trial for crimes against non-Serbs in Croatia, Vojvodina and BH. Five of those 11 witnesses testified in Seselj’s defense yesterday and today.

After 2005, all three witnesses had a change of heart. The witnesses contacted Seselj’s associates and suddenly were willing to switch sides and testify for the defense. The statements the witnesses gave to the associates of the accused were published in one of Seselj’s books with their full names and surnames at the time when they were still protected prosecution witnesses. Today the witnesses claimed that they had given ‘explicit consent’ for their identities to be made public in the book. The witnesses also took part in public promotions of the book and spoke about it at ‘scholarly seminars’ organized by Seselj’s party.

According to prosecutor amicus curiae Bruce MacFarlane, things are rather different. In the cross-examination of the witnesses, MacFarlane put it to them that their encounters with the OTP investigators had been voluntary; they were hoping that cooperation would give them certain privileges, such as the transfer of their families in the third country as part of the witness protection program. In all of their signed statements the witnesses said that they feared for their lives in Serbia and agreed to testify for the prosecution only if their safety could be guaranteed. The witnesses were obviously not under any kind of pressure, because they met with the OTP investigators regularly for years and gave them more than one statement, the prosecutor noted. The three Chetnik insiders replied that at the time they were ‘scared by the threats made by the investigators’, some of which were women. The witnesses failed to clarify how their fear suddenly vanished and what was it that helped them see the light and turn from prosecution witnesses back into Seselj’s followers and defense witnesses.

The hearing today was marked by scandalous behavior of the accused towards the Trial Chamber and presiding judge Kwon in particular; he suffered Seselj’s insults with calm and dignity. Frustrated with the presiding judge’s insistence on the procedure, Seselj protested rudely and repeatedly, addressing the judge with the kind of language at odds with the Tribunal’s standards, and indeed basic good manners.

Seselj’s defense case continues tomorrow with the evidence of another witness.