THE HAGUE TRIBUNAL AND ITS ‘RESIDUES’

ICTY Registrar John Hocking talked to SENSE Agency to explain the purpose and operation of the International Residual Mechanisms for the two criminal tribunals, for former Yugoslavia and Rwanda. The International Residual Mechanism will assume and carry out ‘the remaining functions’ of those two tribunals. Will fugitives be tried before the Tribunal or its ‘residues’? 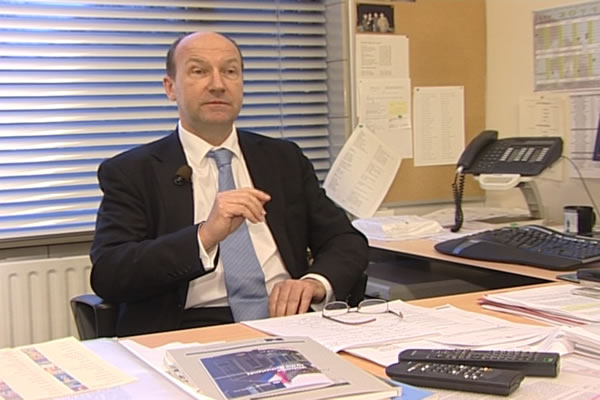 John Hocking, registrar of the Tribunal

If Ratko Mladic and Goran Hadzic want to be tried before the Tribunal and not its ‘residues’, they have to arrive in The Hague no later than 30 June 2012. If they are just one day late, they will be tried by the so-called International Residual Mechanism, which will take over all the remaining functions of the Tribunal. One of those functions is trying the fugitives who will arrive in The Hague less than 12 months before the official inception date of the International Residual Mechanism. UN Security Council Resolution 1966 adopted in late 2010 specifies that the residual mechanism of the Tribunal in The Hague will become operational on 1 July 2013.

Trying the remaining fugitives is not the only ‘residual function’; the whole mechanism was not put into place only for Mladic and Hadzic, ICTY Registrar John Hocking notes. ‘We are closing down a criminal justice system and when you do that there will be, of course, some issues some matters that need to be continued with after the life of the Tribunal. So what Security Council has decided to do is to establish what they call - Residual mechanism. So there will be one mechanism, it will have two branches one in Arusha for the International Criminal Tribunal for Rwanda and one branch here in The Hague, for the International Criminal Tribunal for the former Yugoslavia. The way it's going to be set up is that there will be a common prosecutor, common president and a common registrar".

The Security Council ordered the Tribunal to do everything in its power to complete its work ‘no later than 31 December 2014’. According to the latest estimates, all the current trials will be completed in 2012, except for the trial of Radovan Karadzic which may continue until December 2013.

There are eight trials underway at the Tribunal. The trial chambers are expected to deliver their judgments in two more cases. All those trials will "continue to be tried by ICTY and all of the appeals that we currently have going at the moment will continue to be dealt with by the ICTY and this may happen even though the residual mechanism has already come into operation", Hocking explained.

As things stand now, the ICTY Appeals Chamber will end all the appellate proceedings in the course of 2014. Any appeals in the Karadzic case will be dealt with by the appeals chamber of the Residual Mechanism. According to latest projections, the appeal judgment at the Radovan Karadzic trial may be delivered in spring 2015.

Apart from the shared prosecutor, president and registrar, the two branches of the Residual Mechanism will share a list of 25 judges, who will again be elected by the UN General Assembly. The president of the Residual Mechanism will appoint judges from that list as necessary on the trial and appeals chambers in the two branches, in The Hague and Arusha. While the judges are on the list, on stand-by, the judges will not be paid; they will receive payment only when they serve on the trial and appeals chambers or in the panels of judges appointed for special purposes.

The chief prosecutor of the Residual Mechanism will not be able to issue new indictments for war crimes. This, Hocking recalls, ‘is nothing new as the OTP has not been able to do it since 2005’. However, the chief prosecutor will have the power to prosecute any person who interferes with the administration of justice (who do that by revealing the identity or intimidating protected witnesses, disclosing confidential documents etc.) and against witnesses who give false evidence under oath.

In its Resolution, the Security Council has urged the Residual Mechanism ‘to actively undertake every effort to refer those cases which do not involve the most senior leaders suspected of being most responsible for crimes to competent national jurisdictions’. According to Hocking, this is also relevant for the Rwanda Tribunal, which has 12 fugitives at large, unlike the ICTY which has only two fugitives, both in the ‘most senior’ category. However, Hocking notes that "with all of our indictments and outstanding fugitives there is always possibility of referral, but this is a judicial decision and there are certain criteria that the judges must determine before they could take decision whether to refer fugitive to national jurisdiction. So the provision is important, provision is there but it in no way implies that the referral will take place".

Among the ‘residual functions’ to be taken over by the Residual Mechanism after the Tribunal closes down, as Hocking explained, are reviews of judgments if new facts crop up, the supervision of the enforcement of the sentences served by the persons convicted by the Tribunal, their early release or commutation of their sentences and witness protection. The Residual Mechanism will cooperate with national authorities in their effort to prosecute war crimes and to safeguard and provide access to the Tribunal’s archives. Pursuant to the Security Council Resolution, the archives will remain in The Hague. The Tribunal and the Residual Mechanism are encouraged to cooperate with the countries in the region by establishing information and documentation centers, which will allow public access the archives in an electronic format.

All in all, Hocking concluded, ‘it is up to the Residual Mechanism to do an important job with a small number of people’. The number of staff will depend on the scale of its activities, Hocking noted. ‘If we are running the trial, if we are running an appeal then of course we need full time judges, lawyers, prosecutors", Hocking explained. As soon as those activities are completed, Hocking estimated that there will be ’50 to 100 persons’ working in the Residual Mechanism and ‘that number will drop progressively as time goes by’.

The Residual Mechanism has been established for an initial period of four years. After that, its mandate may be extended every two years, for as long as it is necessary. As Hocking said, this in effect means ‘until the Security Council decides otherwise and transfers its few remaining functions on some other body’; this will mark the definitive end of the Tribunal and its last ‘residue’ in the form of the Residual Mechanism.