A REMINDER OF UNFINISHED BUSINESS

Chief prosecutor of the Tribunal rejects accusations that he has moved from the sphere of international law into the sphere of politics with his constant reminders that Serbia has yet to fulfill its obligations, as well as warnings to the European capitals that the time has not come yet to scrap the policy of conditionality and that the failure to arrest the remaining fugitives would strike a devastating blow to the credibility of the international community 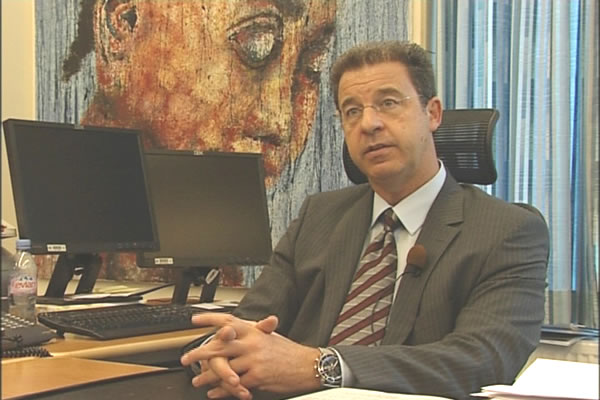 Ahead of the debate on Serbia’s status as a candidate country slated for late October 2010, chief prosecutor Serge Brammertz is doing his best to remind the European capitals that Belgrade has yet to fulfill its obligations, not only to the Tribunal but also to the European Union. The EU has proclaimed that ‘full cooperation’ with The Hague Tribunal is a pre-condition for the rapprochement of the Western Balkans countries – Serbia including – to the European integration. In Belgrade, and some European capitals – those who are eager to turn a new page as soon as possible, and award Serbia for any sign of amenability towards Kosovo – Brammertz’s constant reminders of ‘unfinished business’ are seen as political pressure. Chief prosecutor is accused of moving from the sphere of international criminal law into the sphere of politics.

In his interview to the SENSE agency, Brammertz has rejected those accusations.

‘It is not up to me or to the OTP to decide who will join the European Union and when. What I can and must do is to point clearly to difficulties we are still facing, so that the political decision – whatever it may be – would be delivered with full knowledge of the current status of the cooperation: both in the areas where we cooperate successfully and in the key issue of arresting the remaining fugitives where there is a lot of unfinished business left. I can also remind that in the past such problems were solved with a lot of success with the policy of conditionality. If as the chief prosecutor I sometimes must tell things not everybody will like, I still think it’s my job. I speak in the name of victims who do not necessarily have access to the forums I address. As long as the fugitives remain at large I will continue to remind the international community of its obligation and of the fact that its credibility is at stake’.

Reminding on the results achieved by the policy of conditionality in the past is Brammertz’s way of telling the European capitals that the time is not ripe yet to scrap it, regardless of the real progress in the cooperation.

‘Of course we can say that the cooperation has improved in the last years. I don’t want to be only critical and negative. We have excellent relations with a lot of persons in Belgrade; however we do know that there are those who still support the other, dark side. We want to encourage and make stronger those who support us, but on the other hand we believe that the international community still has an important role to play in that and I will remind them of it as often as I have to’.

Brammertz began his ‘reminder campaign’ in late September 2010, at the Foreign Correspondents Association in The Hague and continued it last week before the Committee for European Affairs of the Dutch Parliament. Brammertz is to address the European Parliament and he may yet be able to accept the invitations to visit a number of national parliaments in various EU member states. In late October and early November 2010, Brammertz plans to visit Sarajevo, Zagreb and Belgrade. After that, in mid November 2010, Brammertz will deliver his regular bi-annual report to the UN Security Council in which he will give his assessment of the cooperation offered by the countries in region. Brammertz says that he hasn’t yet begun drafting the report. Before embarking on it, Brammertz wants to clarify some controversial issues related to the last report he submitted in June 2010.

‘Not everybody read and interpreted the June report in the same way, in relation to the search for the fugitives. I don’t know why people would make different analysis of the June report, but I would say that’s not my problem. What is important for me is to explain as clearly as possible what has been said in the June report: that when it comes to the fugitives, we demand that Serbia do more. After all, that is why the report contained a number of recommendations as to what should be done and how.’

In less diplomatic terms, this means that the European capitals read Brammertz’s June report as it suited the majority which was in favor of unfreezing the Stabilization and Association Agreement with Serbia. If that report was read at all. The rumor in the European diplomatic circles was that the decision to unfreeze it was taken even before the chief prosecutor submitted his report. Brammertz however denies this and changes the subject.

‘Since my first day in office, we have had very intense interaction with Brussels, the Commission, the Council, a strong interaction with a number of capitals and I see in the recent past that the capitals and Brussels are following very closely what we are doing. So, I expressed the hope that those important European values, rule of law, accountability, fight against the impunity, will not be sacrificed for other political objectives. Those values are at the core of the European idea and that’s why I believe that the international community and Europe will continue supporting Tribunal or the idea on which it was founded. I don’t want to imagine that this will change.’

SENSE reminded Brammertz that a Dutch member of parliament last week expressed his disappointment that ‘Holland is the only state still defending those values", and asked if he noticed any ‘Tribunal fatigue’ in the European capitals. Many would, namely, prefer to focus on the ‘bright European future’ of the Western Balkans countries instead on their bloody past that the Tribunal keeps on “digging” up.

‘It’s absolutely possible that the awareness of the importance of the Tribunal and international justice is seen in some places differently than it was 10 years or 15 years ago when the crimes took place. You have new political forces in power in those countries, there is a new dynamic and stability in the Balkans and one can only see this as a positive development. However, what we are saying and what we strongly believe in is that without bringing to justice those who are the main culprits for the serious war crimes, you will not have long term stability in the region. You will not have reconciliation, you can’t advance in the talks on reestablishing cooperation if the victims in the region, in Srebrenica and other places, are still waiting to see justice being done.’

Brammertz’s ‘reminder campaign’ includes warnings about the time constraints the Tribunal is facing.

‘It is true that I’ve said several times that for us time is running out. We can’t wait for years to see Mladic arriving here. If we want to have a trial he must be arrested in the very near future because the residual mechanism which will be set up is a fall-back option. It’s better than nothing but the only solution for us is to have those remaining fugitives arrested and tried during the current life time of the Tribunal.

What if this doesn’t happen, not only during the lifetime of the Tribunal as it is now, but not ever? The consequences would, in Brammertz’s view, be devastating. Not only for the Tribunal.

Chief prosecutor is done urging the victims to be patient and telling them that justice will – sooner or later – be done. 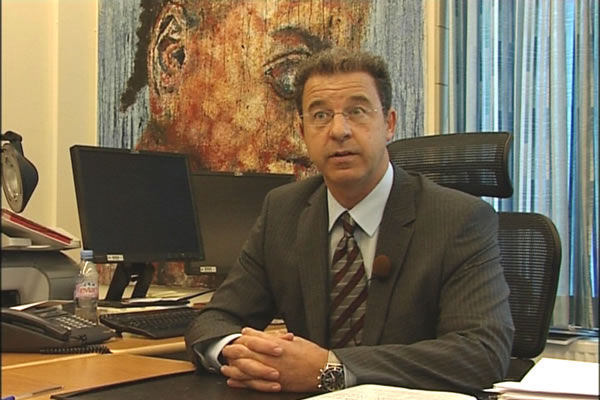