STAYING IN ZEPA WAS NOT ‘A REALISTIC OPTION’

At the trial of Zdravko Tolimir, the president of the Zepa Executive Board continues his evidence. In July 1995, he negotiated with General Mladic and his security assistant the evacuation of the enclave nominally protected by the UN 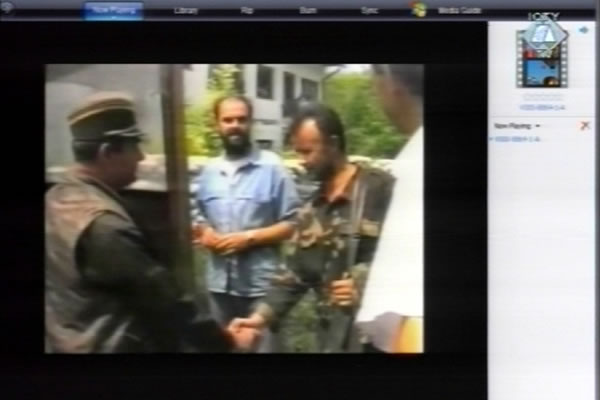 Images of the evacuation of Zepa in july, 1995
The evacuation of the civilians from Zepa started on 25 July 1995, one day after Hamdija Torlak, the president of the Executive Board and member of the War Presidency in Zepa signed an agreement with Ratko Mladic. Paragraph 7 of the Agreement on the Disarmament, its official title, stated that the citizens of Zepa would be given an opportunity ‘to choose freely their place of residence, in line with the Geneva Conventions’. The witness today described the paragraph as ‘whitewash designed to cover up things that were in fact not in line with the Geneva Conventions’, since, as he insisted, ‘remaining in the enclave was not a realistic option for the Muslims’.

It took two days for the people to evacuate and the operation was coordinated, on Mladic’s orders, by VRS general Zdravko Tolimir and BH Army colonel Avdo Palic, who commanded the Zepa brigade. As the witness recounted, his role was to stay at the UNPROFOR checkpoint in Boksanica while Tolimir was in the centre of Zepa ‘to guarantee the safety of the Serb general’, i.e., as a hostage of sorts.

In the footage, the witness was able to identify the site in Zepa from which the buses with the injured, women, children and the elderly departed for Kladanj. He also identified Colonel Avdo Palic, cleric Mehmed Hajric who was the president of the War Presidency, and Amir Imamovic, head of the civil defense. In the last amended indictment against General Tolimir issued in 2009, he is charged with the deaths of these three ‘eminent residents of Zepa’ who went missing after the fall of the enclave.

The last time the witness saw Avdo Palic was on 25 July 1995, at a UN checkpoint in Boksanica. He heard that Palic had been arrested in Zepa upon his return. He had not heard anything about Palic’s fate until ‘a couple of years back’, when Palic’s remains were found near the village of Vragolovi.

The remains of Mehmed Hajric and Amir Imamovic were found at the same site. The two were captured together with the witness on 27 July and detained at a farm in Rogatica. They spent a few days together in the same room of the makeshift prison, but then Imamovic and Hajric were taken away. Their fate remained unknown until their bodies were recovered near Vragolovi.

When Judge Mindua asked the witness why he had been spared, the witness answered in closed session. The witness did speculate in open session that he may have been spared because of ‘some video tapes’, but did not specify the contents or source.

The accused Tolimir is expected to start cross-examining the witness tomorrow. The witness’s name is not mentioned in public in court, as agreed previously by the parties. The witness himself, however, said his own name, both in the footage taken when Zepa fell and in court.