SESELJ’S CLAIMS WITNESSES HAVE BEEN INTIMIDATED TO BE PROBED 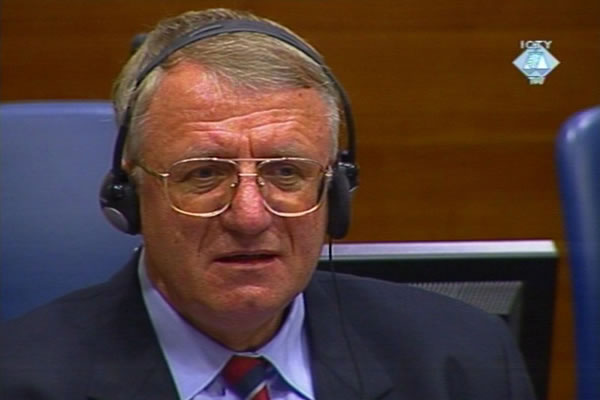 Vojislav Seselj in the courtroom
The Trial Chamber hearing the case against the Serbian Radical Party leader Vojislav Seselj ordered the ICTY Registrar to appoint an ‘amicus curiae’ to investigate whether there exist prima facie sufficient grounds to initiate a proceeding for contempt against “certain members of the prosecution” because they allegedly intimidated, blackmailed, bribed and even abused prosecution witnesses. The Trial Chamber obviously considers that claims made by Seselj and erstwhile ‘Chetnik insiders’ who have repudiated their statements to the OTP cannot remain uninvestigated and unanswered in order to safeguard the rights of the accused, the integrity of the trial and the reputation of both the Tribunal and the OTP.

As early as in March 2007, Seselj demanded that former chief prosecutor Carla Del Ponte and prosecutors Hildegard Uertz-Retzlaff and Daniel Saxon be charged with contempt of court. Seselj claimed they ‘exerted pressure and intimated” witnesses to make them incriminate Seselj in their statements. Seselj attached to his motion statements in which witnesses claimed they had been ‘deprived of sleep’, ‘blackmailed’, ‘threatened’ during their interviews with the OTP. The witnesses also claimed that they had been promised money and new identity in exchange for statements. The prosecution rejected Seselj’s claims calling them ‘false’. The Trial Chamber postponed ruling on Seselj’s motion until the end of Seselj’s ‘main’ trial Seselj on charges of crimes against humanity in BH, Croatia and Vojvodina. However, on 29 June 2010 the Trial Chamber decided to launch an investigation into the accusations levied by the accused and the erstwhile prosecution witnesses.

Explaining its decision, the Trial Chamber noted that prosecution witnesses Nebojsa Stojanovic and Aleksanar Stefanovic and Trial Chamber’s witnesses Vojislav Dabic, Jovan Glamocanin and Zoran Rankic all claimed that the OTP investigators had exerted ‘tremendous pressure’ on them, that they were forced to sign statements they either hadn’t read or were in English. Some of the witnesses claimed that the OTP personnel phoned them many times a day or threatened they would be questioned until they signed the statements. Finally, in their evidence before the Trial Chamber the witnesses said that the OTP had promised them transfers to third countries, money and permanent employment.

According to the Trial Chamber, the evidence of the witnesses and a statement of a person whose identity is protected represent ‘new facts justifying reconsideration” of the previous order to postpone the ruling on the motion of the accused until after the end of the trial. The Trial Chamber has specifically insisted that it took ‘quite seriously’ the statement of an interpreter who attended the examination of witness Zoran Rankic, and reported that ‘certain irregularities’ in the procedure followed by the investigator. The Trial Chamber considers this ‘important information that warrants further exploration’.

Confirming that the Trial Chamber has decided to launch an investigation at the press conference today, Christian Chartier said it would be ‘very wrong to leave any room for doubt’ regarding the rights of the accused and the methods used by the prosecution team in their investigation in this case.

The amicus curiae should have ‘investigative experience, knowledge of French and good knowledge of the situation in the former Yugoslavia’. His task is to inform the Trial Chamber in six months’ time ‘whether adequate grounds exist for initiating contempt proceedings towards members of the prosecution’.

As Chartier indicated, the name of the amicus curiae will be made known once the Trial Chamber has opted for one of the four candidates proposed by the Registrar.