REGISTRY AGAINST FUNDING OF SESELJ’S DEFENSE

The ICTY Registrar has urged the Appeals Chamber to reverse the Trial Chamber’s decision compelling it to provide 50 percent of the funds to finance Vojislav Seselj’s defense. The Registrar contends that the judges lack jurisdiction to rule on the issue, at least until the accused files a formal motion, and Seselj has steadfastly refused to do so 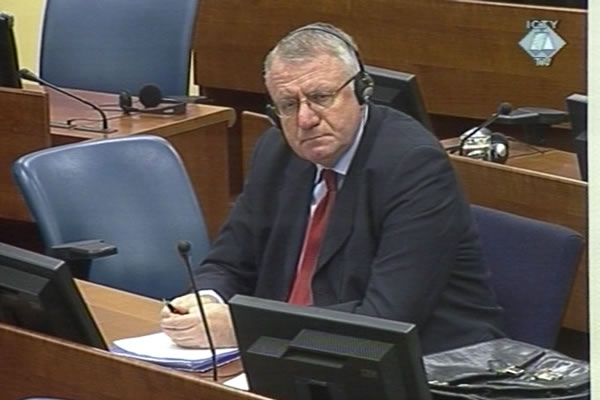 The ICTY Registrar contends that the Judge Antonetti’s Trial Chamber lacks jurisdiction to issue decisions about the funding of Vojislav Seselj’s defense. On 29 October 2010, the Trial Chamber ruled that the Registry should pay ’50 percent of the funds usually allocated to the indigent accused’ so that Seselj could pay his legal advisors, case manager and the investigator.The Registrar has now submitted a motion to the Appeals Chamber asking it to reverse the controversial decision.

The Registry’s motion recalls that the funds are provided to the accused who provide evidence that they are indigent. Seselj has failed to provide information needed to establish his financial status, despite numerous demands to do so. The Registry has thereof decided not to give any money to his defense.

The only way to change this practice, the motion goes on to say, is for the Trial Chamber or the ICTY president to quash the Registry’s decision not to grant the funds as the accused has asked – and not to deliver ‘first-time ruling”, as they have done in Seselj’s case. Even if it wanted to reverse the Registry’s decision, the Trial Chamber could not have done it because the accused had failed to file an appeal. Instead, the judges interfered in the work of the Registry and reached a decision that falls outside of their jurisdiction, the Registrar noted in his motion.

Even if the Appeals Chamber rules that the Trial Chamber has the right to decide on the defense funding, the Registry claims that the order to allocate 50 percent of the funds constituted an error in law, because the financial status of the accused has not been established.

The Serbian Radicals leader has repeatedly complained in court about the Registry’s decision, saying he would refuse to call any evidence in his defense unless the decision was overturned, yet he has refused to put that in a formal motion. The Registrar contends that there are no grounds to review the decision not to give any money to Seselj. At the last status conference, Seselj expressed his discontent with the controversial decision of the Trial Chamber on financing his defense. The Trial Chamber ordered that the associates of the accused should be paid ‘from this day until the end of the proceedings’ but not ‘until this day’, i.e., for the period from Seselj’s arrival in The Hague. Seselj insisted that he would not call his evidence in due time because of that.

Seselj’s trial for crimes in Croatia, Vojvodina and BH has been adjourned as the Trial Chamber awaits the evidence of a witness who is to testify under the pseudonym VS-026 via video conference link, if his health allows it. A handwriting expert is due to deliver a report on the authenticity of Ratko Mladic’s notebooks as the prosecution intends to tender them into evidence.