The Appeals Chamber today reduced the sentence for the commander of the Sarajevo-Romanija Corps from 33 to 29 years in prison, quashing his convictions for the shelling incidents that occurred in August 1995, when he was undergoing medical treatment in Belgrade 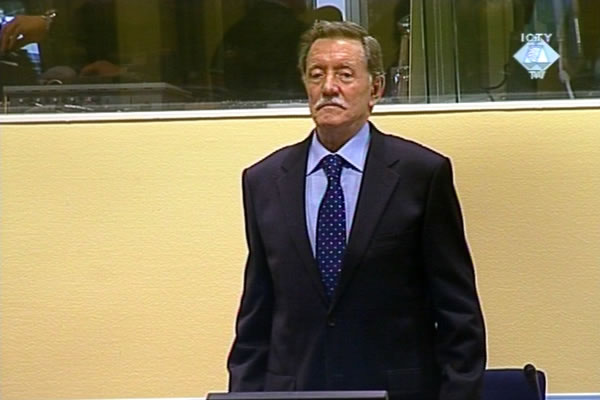 Dragomir Milošević u sudnici Tribunala
The Appeals Chamber of the Tribunal, with Judge Pocar presiding, today partially granted the appeal filed by General Dragomir Milosevic, reducing his sentence from 33 to 29 years.

In the first-instance judgment in December 2007, the former commander of the VRS Sarajevo-Romanija Corps was found guilty of an artillery and sniper campaign in Sarajevo from August 1994 until November 1995.

The Appeals Chamber rejected all grounds of appeal submitted by Milosevic, who claimed that the residential areas and trams in Sarajevo were not civilian targets, and that the victims or artillery and sniper attacks didn’t have the civilian status. In the first-instance judgment, Milosevic was found guilty of planning and ordering artillery and sniper attacks; as the judges concluded, those attacks ‘could only have occurred if he ordered them’. Finding that it is ‘unclear what evidence the Trial Chamber relied on’, the Appeals Chamber reversed the part of the judgment where General Milosevic is convicted, on the basis of individual responsibility, for the planning and ordering of sniper fire and artillery attacks, and found him guilty of those crimes on the basis of command responsibility, for failing to prevent or punish those who committed the crimes.

The accused Milosevic, as Judge Pocar said, ‘did more than merely tolerate the crimes as a commander. In maintaining and intensifying the campaign directed at the civilian population in Sarajevo, he provided additional encouragement to his subordinates to commit the crimes against the civilians’.

Although the Appeals Chamber concluded that the switch from one type of responsibility to the other - from individual to command - does not call for any adjustments in the sentence, it decided to commute it because it quashed the convictions for some of the incidents. Between 6 August and 10 September 1995 the accused was in Belgrade, undergoing medical treatment; the Appeals Chamber concluded that he was not responsible for the incidents that occurred in that period, when Chief of Staff Cedomir Sladoja replaced him as the commander. Quashing the conviction for the shelling of the Bitas building on 22 August and the Markale market on 28 August 1995, the Appeals Chamber noted in its judgment that ‘the Trial Chamber’s relevant findings remain undisturbed on appeal’; the Trial Chamber found in its judgment that the Sarajevo-Romanija Corps were responsible for both incidents.

Apart from the two incidents that occurred in his absence, Milosevic was acquitted of the shelling at the Bascarsija flea market on 22 December 1994; the conclusion that the shells were fired from the SRK positions was based on the evidence of just one witness. Although the Appeals Chamber believes that the shells were ‘most probably’ fired from those positions, it concluded that the charge was not proven beyond reasonable doubt.

In its appeal, the prosecution asked for General Milosevic to be sentenced to life, just as his predecessor at the post of the SRK commander, General Stanislav Galic. The Appeals Chamber dismissed the appeal, finding that the prosecution failed to show that the Trial Chamber had manifestly erred in imposing the sentence, within the limits of judicial discretion.

The time Dragomir Milosevic, 68, has spent in detention will be credited against his sentence. He has been in the UN Detention Units since 3 December 2004, when he surrendered voluntarily. He has about 15 years to serve before he reaches the two thirds mark, when he may hope for early release.