The ICTY Appeals Chamber dismissed all grounds for appeal filed by Miroslav Bralo’s defense and confirmed the sentence imposed by the Trial Chamber. Bralo, a former HVO military police officer, got 20 years for the crimes in Ahmici and Nadioci, villages near Vitez in 1993 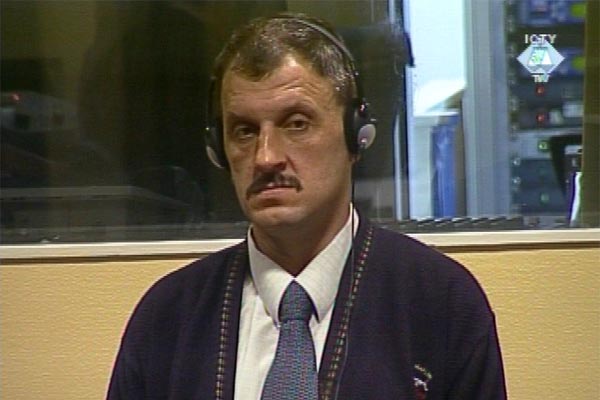 Miroslav Bralo listening to the Appeals judgment
The Appeals Chamber today confirmed the sentence of 20 years in prison for Miroslav Bralo, former member of the Jokers, a HVO military police special unit, finding that the appellant failed to prove that the Trial Chamber had erred in law or in fact in its first-grade judgment.

Bralo was sentenced to 20 years in December 2005 after pleading guilty to all eight counts in the indictment. The charges against him were participation in the attacks on Ahmici and Nadioci, villages near Vitez, in April 1993, destruction of the village mosque, murder of 21 persons, rape of a Bosniak woman and unlawful arrest of civilians..

The defense appealed against the sentence, noting that the Trial Chamber failed to give full consideration to the political and military situation in the Lasva valley in 1993 and to take into account the personal circumstances of the accused and the "positive effects" of his collaboration with the OTP. In its view, the Trial Chamber did not give sufficient weight to his guilty plea, his expression of remorse and apology to victims.

[IMAGE]2597[/IMAGE]The Appeals Chamber dismissed today all grounds for Bralo's appeal, concluding that the Trial Chamber had considered all the mitigating and aggravating circumstances of his case in detail and given them proper weight. The Appeals Chamber presided over by judge Andresia Vaz from Senegal ruled that "a reduced sentence would not be justified" and unanimously confirmed the sentence of 20 years in prison.