In determining the sentence for the HVO crimes in Stupni Do and Vares, the Trial Chamber took into account mitigating circumstances, primarily Rajic's guilty plea, sincere remorse and full and significant cooperation with the prosecution 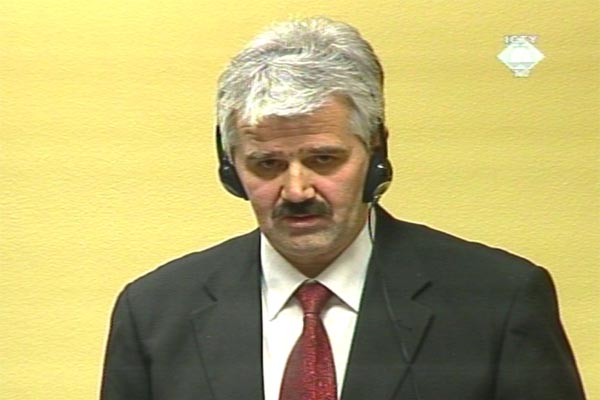 Ivica Rajic in the courtroom
Ivica Rajic, former commander of the HVO 2nd Operational Group, was sentenced today to 12 years in prison for the crimes committed by the forces under his command in October 1993 in the village of Stupni Do and the town of Vares, Central Bosnia. Last October, Rajic pleaded guilty to the attack on Stupni Do, in which more than 37 people were killed, including 31 civilians, and the arrest and abuse of more than 250 Bosniak men in Vares.

In determining the sentence, the Trial Chamber took into account the gravity of the crimes and some of the aggravating and mitigating circumstances. The crimes Rajic pleaded guilty to were, the Chamber found, "committed on a large scale, were of particularly violent nature and caused severe pain to the victims and their relatives". The Chamber considered as an aggravating factor the special vulnerability of some victims, while the guilty plea, his remorse and cooperation with the prosecution were considered in mitigation.

Rajic's guilty plea, the Chamber finds, helped establish the truth about the events in Stupni Do and Vares and "may contribute to the reconciliation of the peoples of the former SFRY and to the restoration of a lasting peace in the region". The Chamber finds that Rajic's remorse was "real and sincere". Finally, the Chamber accepted the prosecution's assessment that Rajic's cooperation "was full and significant".

The 1,130 days Rajic has spent in the UN Detention Unit will be credited against his sentence.