THE FIRST INDICTMENT FOR MACEDONIA AND THE LAST FOR ICTY 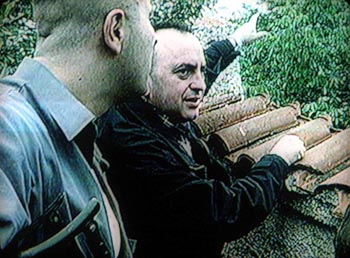 Ljube Boskoski in Ljuboten
ICTY today unsealed the last of the six indictments issued late last year by Chief Prosecutor Carla Del Ponte. Ljube Boskoski, former Macedonian minister of the interior, and Johan Tarculovski, commander of a special unit of the Macedonian MUP, are charged with unlawful attacks on civilians and civilian facilities carried out on 10 and 12 August 2001 in the village of Ljuboten, some ten kilometers from Skopje. Boskoski and Tarculovski are charged in three counts for murders, wanton destruction and cruel treatment, qualified as violations of laws and customs of war.

As alleged in the indictment, the village of Ljuboten has slightly more than 2,000 inhabitants. Ninety-three percent of them are ethnic Albanians. On 10 August 2001, a Macedonian military vehicle hit a mine about five kilometers from the village. The mine was laid by the so-called Liberation National Army (ONA) of the Macedonian Albanians. Eight Macedonian soldiers were killed in the explosion. The same day, the Macedonian army opened fire on Ljuboten, firing at least two mortar or artillery shells. Two civilians, one of them a five-year-old child, were killed.

Two days later, on Sunday, 12 August 2001, a special unit of the Macedonian police entered the village. As alleged in the indictment, Johan Tarculovski personally selected, organized and armed this unit and he commanded the attack. The incident described three incidents in which seven Albanian civilians were killed. Fourteen houses in the village were burned, destroyed or severely damaged by shells in the course of the attack. Between 12 and 15 August, members of the unit led by Tarculovski arrested more than 100 civilians, Albanian men, detained them at several locations and subjected them to systematic beatings, humiliation and mental abuse.

Tarculovski is charged on the basis of his individual responsibility with participation in a “joint criminal enterprise”. Other participants are the members of the special unit he had personally set up for the attack on Ljuboten. The then minister of the interior Boskoski is charged on the basis of command responsibility because he failed to prevent or punish the crimes committed by his subordinates. The indictment alleges that in the afternoon of 12 August, Boskoski was “close to the scene of the attack” and that he was able to observe the damaged property and the abuse of the detained civilians; that he talked to the participants in the attack; that he had access to internal police documents and the reports about the attacks on Ljuboten published in the national and international media or submitted by international organizations.

As announced in Skopje, the Macedonian police arrested Johan Tarculovski yesterday and the procedure for his transfer to the jurisdiction of the Tribunal is underway. Former minister Ljube Boskoski was arrested last year in Croatia at the request of the Macedonian authorities. He is suspected of having ordered the murder of seven Pakistani and Indian economic emigrants who had tried to get to Western Europe through Macedonia. Boskoski tried to present the murder as “a success of the Macedonian police in the struggle against Islamic terrorism.” 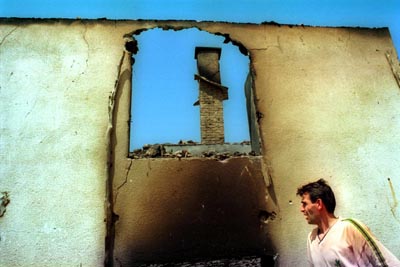