Former KLA commander and, until recently, Prime Minister of Kosovo is charged, together with two of his subordinates, with participation in a “joint criminal enterprise”. The purpose of the enterprise was to eliminate – through abductions, detention, torture and murder – Serbian civilians from the areas where he operated and to prevent the real or perceived collaboration of Albanians and Roma with the Serbian authorities 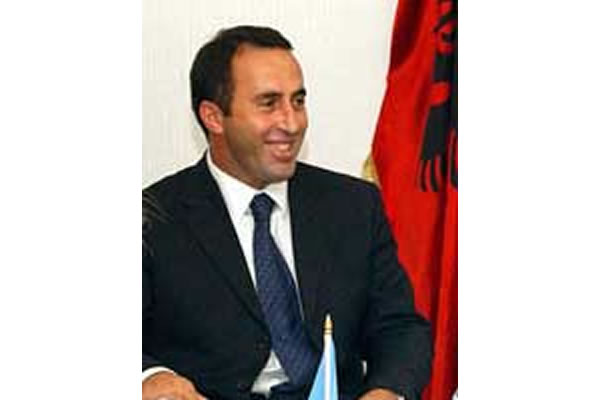 Ramush Haradinaj
Three former commanders and members of the KLA Ramush Haradinaj, Idriz Balaj and Lahi Brahimaj, who arrived in the UN Detention Unit yesterday, have been charged with the participation in a “joint criminal enterprise”. Ramush Haradinaj resigned from the post of the Kosovo prime minister two days ago.

The purpose of the enterprise, as alleged in the indictment unsealed today, was to establish and strengthen the “full control of the KLA over the Dukagjin operational zone,” which was achieved by “attacks, persecution and forcible removal of the Serbian civilians from the area” and the “forcible and violent suppression of any real or perceived collaboration of Albanian and Roma civilians with Serbs.” As alleged, these measures included “intimidation, abductions, detention, beatings, torture and murder of civilians.”

In the period covered by the indictment – from 1 March to 30 September 1998 – Haradinaj was a KLA commander in the Dukagjin operational zone. His nom de guerre was Smajl. The zone included the municipalities of Pec, Decani and Djakovica, and parts of the municipalities of Istok and Klina. The indictment alleges that he had full control over all KLA forces in his area of responsibility and “set up a system” in which the crimes alleged in the indictment were committed. Haradinaj, it is alleged, also “personally ordered, controlled and participated in the beating” of detained civilians on some occasions, while on other occasions “with his presence and tacit or overt approval for such criminal conduct, he encouraged … criminality by members of his own forces.” He is also charged with having personally participated in the abduction of persons who were later found dead. He allegedly “on at least one occasion, gave tacit approval for the execution of a detained person.”

Idriz Balaj, nicknamed Toger or Lieutenant, was the commander of a special unit known as the “Black Eagles” and was Haradinaj's subordinate, the indictment alleges. He is charged with having personally taken part in the abduction, torture and murder of civilians, having raped a Roma/Egyptian woman, visited the KLA camp in Jablanica to torture and maim the detainees. He allegedly tried to prevent and obstruct the investigation into the abduction and murder of civilians and the disposal of their bodies in the Radonjic lake. Balaj was sentenced to 15 years in prison in 2002 for similar crimes in Kosovo. At the time of his transfer to The Hague, he was serving his sentence in the prison in Dubrava.

As alleged in the indictment, the third accused Lahi Brahimaj, a close relative of Ramush Haradinaj, was the deputy commander of the Dukagjin Operative Staff and was the commander of the KLA camp in Jablanica, where he “ordered, supervised and participated in the beating, torture and murder of persons detained there.” He is alleged to have personally abducted a person, taking that person first to the Jablanica camp and then to a “potential execution” site.

In a total of 37 counts, Haradinaj, Balaj and Brahimaj are charged with crimes against humanity and violations of laws and customs of war. Their initial appearance before a Tribunal judge is to be scheduled soon.