Unlike the other unwilling witnesses from the KLA ranks, Ramiz Qeriqi known as Luan did not recant in his testimony before the Tribunal his previous statement given to an OTP investigator. He was interviewed as a suspect. 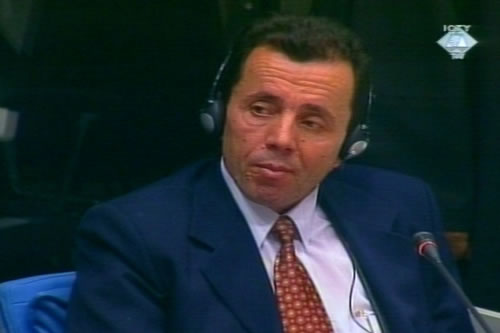 Ramiz Cerici "Ljuan", witness in the Limaj case
As the other former KLA members who testified so far at the trial of Fatmir Limaj, Isak Musliu and Haradin Bala, Ramiz Qeriqi came to The Hague only when he was issued a subpoena. Unlike the other unwilling prosecution witnesses, Qeriqi did not change the answers he had given in his previous interview conducted in 2003 by the OTP investigators – at least not at the beginning of his testimony. In 2003, he had been interviewed as a suspect.

In the spring and summer of 1998 – the period covered by the indictment for the crimes in the Lapusnik camp – Ramiz Qeriqi, whose nom de guerre was Luan, commanded a KLA unit in Krajmirovac, which was subordinate to the headquarters in Klecka. At that time, the man in charge of the Klecka headquarters was Fatmir Limaj or “Commander Çeliku”. Luan confirmed that all the orders that pertained to the units in that area originated from him.

Most of the other unwilling prosecution witnesses described Limaj’s position in similar terms in their previous statements given to the OTP investigators, but when they arrived in The Hague they changed course, claiming that they referred to the period after August 1998, when brigades and battalions had been set up in the KLA. The indictment for the crimes in Lapusnik covers the period from May until the end of June 1998.

In the spring of 1998, Qeriqi testified today, “there was a chain of command” in the KLA, and the people could not “appoint themselves to certain posts as they saw fit” or leave their positions to go to others without an express order. The other unwilling witnesses claimed when they came to The Hague that the chain of command had been established only after the “formation of battalions and brigades”, after August 1998 – outside of the time frame of the indictment for the crimes in Lapusnik.

According to the testimony of previous KLA witnesses, the KLA rules of engagement were drafted and the military police was established at approximately the same time. However, Qeriqi testified today that he received the rules of engagement in late June 1998 and that he had the obligation to communicate them to all the soldiers under his command, while the military police in his are was established in late June or early July.

Limaj, the first accused, shook his head with displeasure several times when he heard parts of Qeriqi’s testimony, due to continue tomorrow.