THE LAST “SREBRENICA INDICTMENT” BY ICTY 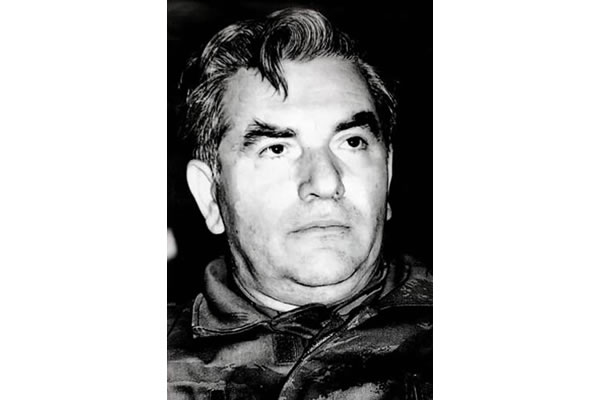 The indictment against two generals, Milan Gvero and Radivoj Miletic, was made public today at the ICTY. They are former members of the VRS Main Staff, charged with the crimes in Srebrenica and Zepa area in 1995.

The indictment has been redacted, which means that it contains another name which will remain under seal. Of the two people whose indictments were made public, General Gvero announced his intention to surrender voluntarily on Thursday, 24 February, while General Miletic has yet to make a public statement concerning his intentions.

In the time relevant for the indictment, Gvero was Ratko Mladic's assistant commander for morale, legal and religious affairs. Miletic was chief of operations and training and acting Chief of Staff of the Army of Republika Srpska.

Unlike previous indictees for the Srebrenica crimes, generals Gvero and Miletic have not been charged with the mass executions of more than 7,000 Bosniak men captured after the fall of the safe haven, but for murders committed before that, on 12 and 13 July, in Potocari and Bratunac. They are also charged with persecution on political, religious or racial grounds; this crime includes not only murder but cruel treatment of the detainees in Potocari, Bratunac and Zvornik, destruction of property in Srebrenica and Zepa, forcible transfer of civilians from Srebrenica, and deportations from Zepa. In five counts, those acts are qualified as crimes against humanity and violations of laws and customs of war.

Miletic and Gvero “together with other VRS and MUP officers and units and RS officials…were members of and knowingly participated in a Joint Criminal Enterprise and Operation, the common purpose of which was to force the Muslim population out of the Srebrenica and Zepa enclaves…from 11 March 1995 through the end of August”, the indictment alleges. The prosecution claims that the implementation of the “enterprise” “began in 1992, when VRS and RS forces began attacking towns and villages in eastern Bosnia…forcing the Bosniaks to flee southward to the areas of Srebrenica and Zepa.” Despite the fact that those enclaves were declared UN safe havens, the RS authorities continued in 1993, 1994 and 1995 their “pressure in order for Bosniaks to leave those areas.”

The indictment focuses on the events beginning on 11 March 1995, when Radovan Karadzic published his “Directive 7”. This document was drafted by the accused Miletic, the indictment alleges, and it orders “total physical isolation of Srebrenica and Zepa” and a “creation of an unbearable situation of total insecurity, without any hope for further survival and life…” Furthermore, Miletic, as the indictment adds, followed up and reported to his superiors, including Karadzic, about the efforts to take the enclaves and about the progress in the forcible transfer of the population.

During that operation, Gvero assisted and advised General Radislav Krstic, and gave false statements to the UNPROFOR about Bosniak attacks on the UN posts and about the VRS intentions, assisting in the efforts to organize the arrests and detention of Bosniaks from Srebrenica, the indictment alleges.

“It was foreseeable to Miletic and Gvero that individual criminal acts such as individual killings…and acts of persecution…would be carried out by the Serb forces during the joint criminal enterprise and operation to forcibly transfer and deport the population of Srebrenica and Zepa,” the indictment alleges. They have been charged on the basis of individual responsibility for “committing”, “planning”, “instigating” and otherwise aiding and abetting the crimes against humanity and violations of laws and customs of war.