THE EXPULSION OF MUSLIMS FROM TRNOVO

The court hears testimony about events in Trnovo, listed in the indictment against Momcilo Krajisnik as one of 37 municipalities in BH where Muslims and other non-Serbs were subject to persecution from July 1991 to the end of December 1992. 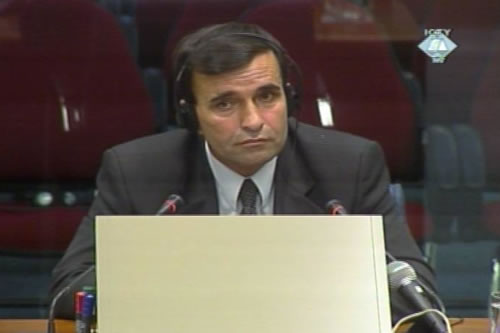 Omer Vatric, witness in the Krajisnik case
The trial of Momcilo Krajisnik continued after a one-week break with the testimony of Omer Vatric, Secretary for the Economy and a member of the Trnovo Executive Council until May 1992. Trnovo is a municipality southeast of Sarajevo.

The majority of the municipality’s population was Muslim, Vatric said, adding that in the town of Trnovo, Muslims made up one-half of the 2,500 inhabitants. The other half was Serb. Vatric testified about the events preceding the shelling of Trnovo on 31 May 1992 and the "expulsion of the Muslim population from the town."

In April 1992, inter-ethnic tensions had already spread from Sarajevo to Trnovo. Before that time, Vatric said, "there had been no quarrels." The witness said normal life in Trnovo was disrupted by a blockade of most organizations. "From the assembly and the National Defense department to the MUP, all the organizations were divided," Vatric said. He added that only the Peace Council, established by the citizens of Trnovo, was trying to maintain control of the municipality.

Vatric recounted how a week before the shelling of Trnovo, there were armed soldiers wearing JNA reserve force uniforms walking about town, but with insignia "that did not belong to the Yugoslav Army: Chetnik badges, Serb flags and hats." Vatric continued, "It all had the smell of the military thing that leads to what actually happened to us.”

On the eve of the attack on Trnovo, the Serb population left their homes. Vatric’s secretary, a Serb, warned him "to take care, because something horrible will happen." In the shelling of Trnovo that began on 31 May 1992, five people were killed and 14 were captured. According to Vatric, they are still considered missing.

Vatric claims between 1,000 and 1,500 Muslims were forced to leave Trnovo, together with about 1,000 Muslims who had already fled from Foca. Presiding Judge Orie sought additional clarification from the witness, trying to get a specific explanation as to what had forced the Muslims to flee Trnovo. Vatric confirmed that "the people had been evacuated from the town because of the shelling" and that they had been unable to come back "because of the combat operations that continued." Furthermore, the "new authorities did not invite them to return," Vatric added.

Trnovo is listed in Momcilo Krajisnik’s indictment as one of 37 municipalities in BH where Muslims and other non-Serbs were subject to persecution from July 1991 to the end of December 1992. Krajisnik is charged with participating in the planning, aiding and abetting, and commission of their persecution, together with other participants in a joint criminal enterprise. 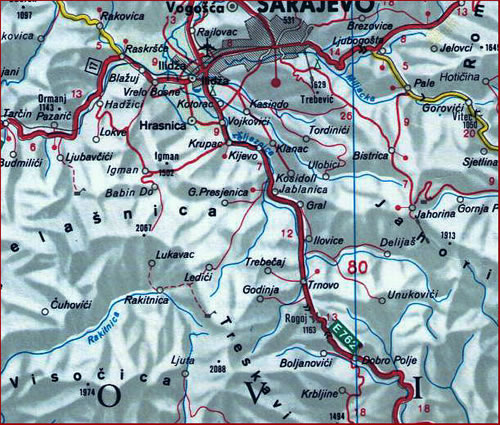