The prosecution tenders 263 documents seized at BH Army 2nd Corps headquarters and others obtained from different sources, including authorities in Republika Srpska. The defense objects to having them admitted into evidence and expresses concern about the "dubious sources" of the prosecution’s documents. 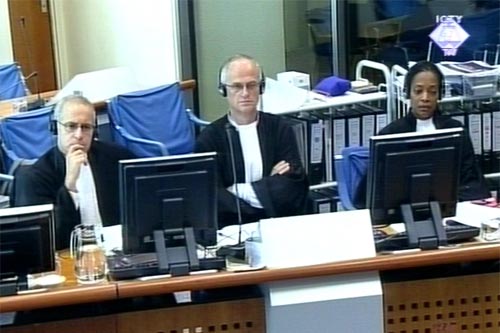 The prosecution in the Oric trial
On the first day of the prosecution case in the Naser Oric trial, the prosecution tendered into evidence 263 documents seized by OTP investigators in search and seizure operations at BH Army 2nd Corps headquarters in Tuzla. Other documents tendered were obtained from different sources, such as military, police or civilian authorities in Republika Srpska.

The defense of the former commander of the BH Army’s joint forces in the Srebrenica region objected to more than three-fourths of the documents tendered, expressing concern about the "dubious sources" of some of the documents.

Rasin Manis is an investigator who was team leader in September 2002 when her team carried out a search of four locations in Tuzla. The search was carried out pursuant to a search warrant issued by a Tribunal judge, with the consent of the 2nd Corps Command. Manis testified about the search procedure, record-keeping and chain of custody for the documents seized. For each document, there is information about its source and about who handed them to whom and when. Among the seized documents are several orders allegedly signed by the accused himself. The contents of the documents will be discussed in greater detail later on in the prosecution’s case.

Since the defense challenges the authenticity of the majority of documents in the prosecution’s possession--claiming that in some cases, they are forgeries and manipulations--the Trial Chamber demanded that evidence about their authenticity be adduced at the beginning of trial. In addition to Rasin Manis, two other investigators who took part in the seizure of the documents and were part of their chain of custody will testify next week; there will also be a handwriting expert who has analyzed the signatures that the prosecution alleges are Oric's. The defense claims they are forged.