BLASKIC'S SENTENCE CUT DOWN FROM 45 TO 9 YEARS IN PRISON

The Appeals Chamber found former HVO commander of the Central Bosnia Operative Zone guilty of unlawful acts committed in the Vitez area but acquitted him of responsibility for the crimes committed in the village of Ahmici, and the municipalities of Busovaca and Kiseljak. Application for an early release has been granted. 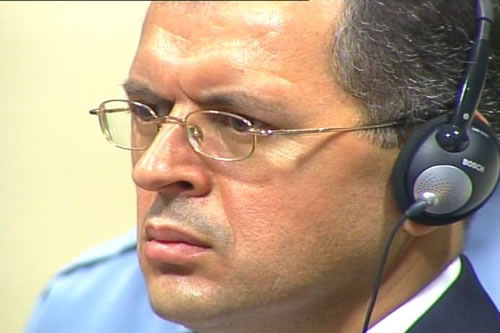 Tihomir Blaskic listening to the judgment and his sentence being lowered
The Appeals Chamber of the Tribunal has overturned today the first-instance judgment sentencing Tihomir Blaskic to 45 years in prison and imposed a new sentence of 9 years.

As soon as the judgment was rendered, his defense counsel filed a motion for early release. Blaskic has already spent eight years and four months in the UN Detention Unit. The established practice of the Tribunal is to release the convicts after they have served two thirds of their sentence. This afternoon, President of the Tribunal Judge Theodor Meron granted the request and ordered that provision was to be made for the early release to take effect on Monday 2 August.

The Appeals Chamber found former HVO commander of the Central Bosnia Operative Zone (1992-1994) guilty of unlawful acts committed in the Vitez area but acquitted him of responsibility for the crimes committed in the municipalities of Busovaca and Kiseljak. The Appeals Chamber upheld the convictions on the crime of illegal detention of Bosniaks in the Cultural Centre and Veterinary Hospital in Vitez, and for using detainees to dig trenches and as "human shields."

One of the crucial factors for the drastic cut in the sentence has been his aquittal of responsibility for the massacre in Ahmici. The Chamber concluded that he neither planned nor ordered the killing of the Bosniak civilians in the village, that he did not have effective control over the Jokeri and Military Police units that carried out the attack and that he did order an investigation after the crime. That is why Blaskic was found to have no individual or command responsibility for the crime.

The Presiding Judge Fausto Pocar, said that the Appeals Chamber findins were based on the errors in law and fact made by the Trial Chamber and new evidence that the court had not have at its disposal in the course of the Blaskic trial, due to "the delay in opening of the Republic of Croatia's archives, which only occurred following the death of President Franjo Tudjman".

In imposing the sentence, the Chamber took into account a number of mitigating factors, such as his voluntary surrender, remorse, the character of the accused and his family circumstances. 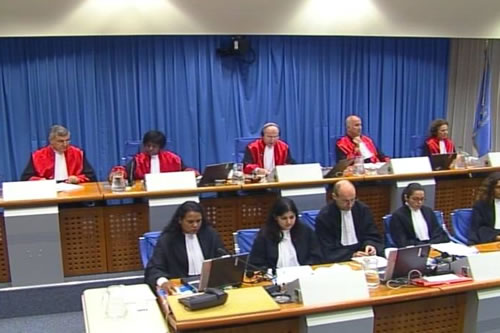