ETHNIC CROATS INVOLVED IN AN INCIDENT IN THE DETENTION UNIT

The Commander of the UN Detention Unit has launched an investigation into a clash between Tihomir Blaskic and Ivica Rajic, announcing that "necessary measures" will be taken against the person responsible for the incident. 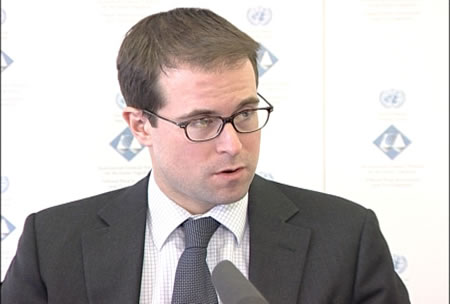 Jim Landale, spokesperson in the Tribunal
The spokesperson for the International Tribunal in The Hague, Jim Landale, confirmed today that there was an "incident" on 30 May in the gym of the UN Detention Unit (UNDU) involving two detainees. Landale did not identify them, but he said the "persons' names have been published in the Croatian media" – in other words, the “persons” in question are Tihomir Blaskic and Ivica Rajic.

Landale said there was a "heated exchange" between the two, which was interrupted by a "quick resolution" by the guard on duty so that "there was no injury to any party."

UN Detention Unit Commander Timothy McFadden gave SENSE a statement indicating that "an investigation is underway" and that as soon as it is finished, he will respond to the motion filed by Ivica Rajic's defense counsel, Zagreb attorney Zeljko Olujic. The motion has been filed with the presiding judge, the Registry and the UNDU Commander. After that, McFadden said he will "take necessary measures in accordance with the Rules of Detention."

Both participants in the "incident" are former JNA officers who joined the HVO during the war in Bosnia and Herzegovina: Blaskic as the commander of the Central Bosnia Operative Zone and Rajic as the commander of HVO forces in Kiseljak. Blaskic was sentenced by a Trial Chamber to 45 years in prison for crimes committed by the HVO in Central Bosnia and is currently in the UN Detention Unit, awaiting the Appeals Chamber’s judgment. Rajic, who has been in detention since last June, is awaiting trial for the massacre in Stupni Do and crimes committed by the HVO in Vares.

In their statements to the Croatian media, lawyers for the two HVO officers gave conflicting descriptions of the "incident," each absolving his client of all blame and accusing the other of "provocative behavior," "threats" and "physical assault."

It is interesting to note that so far only Rajic's defense counsel has officially addressed the Tribunal. According to him, Tihomir Blaskic bears sole responsibility for the conflict between the two ethnic Croats in the gym.

Olujic claims that on Sunday at 11:25AM, Tihomir Blaskic approached his former colleague in the JNA and HVO and told him, "If I, or anyone else, gets a severe sentence because of you and your stories, you and your family are history." According to Olujic, Rajic then turned away, not wanting to talk to Blaskic, but received "two hard blows to the head" from behind. As he hit him, Blaskic allegedly said, "This is just a beginning, you don’t know what's in store for you, damn you." Olujic claims that other detainees who happened to be in the gym saved Rajic from further assault.

Defense counsel Olujic demands that the Tribunal conduct an investigation into "Blaskic's assault" and to take measures to ensure Rajic's safety. 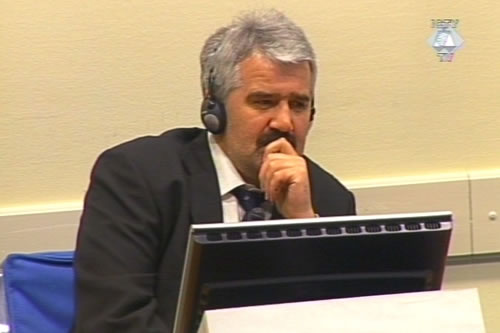