FULL COOPERATION WITH THE TRIBUNAL ONLY OPTION

The prosecution will not oppose the provisional release of generals Ivan Cermak and Mladen Markac after it conducts interviews with them, confirmed Minister Zuzul after meeting with Chief Prosecutor Del Ponte. "There are no other options but full cooperation, without double-dealing that would lead nowhere," stated the Croatian Minister of Foreign Affairs after the meeting. 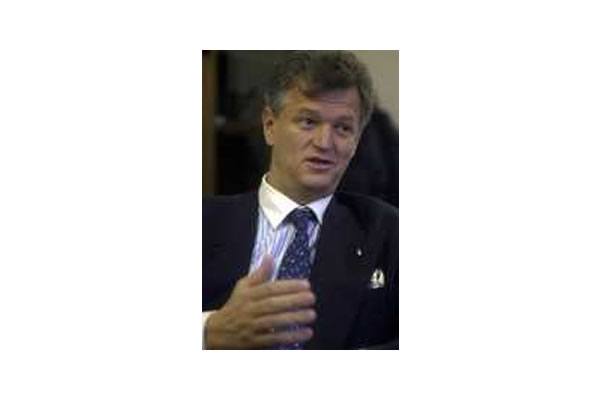 Miomir Zuzul, Croatian forign minister
The Office of the Prosecutor will not oppose the provisional release of generals Ivan Cermak and Mladen Markac after they conduct interviews with them, confirmed sources in the OTP and the Croatian foreign minister himself, Miomir Zuzul. He met with Tribunal Chief Prosecutor Carla del Ponte in The Hague.

Del Ponte has always insisted on three conditions for the provisional release of all accused persons: his or her voluntary surrender, guarantees by the state in which he or she would be staying and an interview with the accused in The Hague, where, according to OTP sources, there are proper conditions and access to all documents needed for the interviews. OTP sources add that the Chief Prosecutor is not questioning the Croatian Government’s guarantees.

A Trial Chamber has already dismissed the motion for provisional release filed by Cermak and Markac, stating that it was not satisfied that the accused would return to detention since they were charged with serious crimes (committed in the course of and after Operation Storm). Del Ponte quoted this argument in her initial response opposing provisional release for the two generals, pointing to the fact that Croatia has been unable to do anything about the disappearance of the accused Ante Gotovina. However, Minister Zuzul says she did not raise that issue today.

In the Office of the Prosecutor, they say they are cooperating and exchanging information on the Gotovina case with the Croatian Government.

Both sides state that there is full cooperation between Croatia and the prosecution. Zuzul pointed out that Del Ponte confirmed this when she gave an "objective assessment" of Croatia’s cooperation in her report to the European Commission, filed before the Commission issued its avis on the readiness of Croatia to enter the process of integration in the EU.

“There are no other options but full cooperation, without double-dealing that would lead nowhere," said Zuzul after the meeting today. "We as a state, as a government and as human beings are keen to see those responsible for the crimes punished and those who are not acquitted."

The Croatian foreign minister, who is on a two-day visit to the Netherlands, will meet with Tribunal President Theodor Meron.