LAWSUIT AGAINST NATO TO HAMPER SERBIA AND MONTENEGRO'S PROSEPCTS

The scheduled five-day public hearing on the jurisdiction of the ICJ and the admissibility of proceedings brought by the former FRY against eight NATO member states five years ago began today before the International Court of Justice in The Hague. 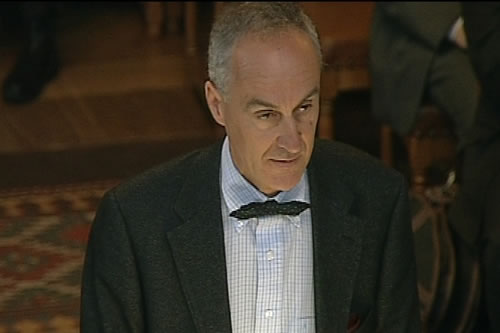 Jan Devadder, representative of the Belgium goverment
The lawsuit filed by the Federal Republic of Yugoslavia before the International Court of Justice in April 1999 "hampers the future progress and normalization of relations with Serbia and Montenegro."

This is how Jan Devadder, the representative of the Belgian government, presented the possible long-term consequences of Belgrade’s persistence in pursuing the lawsuit filed by the regime amid air strikes in 1999. He was speaking at the beginning of five days of hearings to determine whether the International Court of Justice has jurisdiction over the case and whether the suit known as Serbia and Montenegro vs. NATO is admissible.

In April 1999, the Federal Republic of Yugoslavia filed a lawsuit against eight NATO members, accusing them of the "illegal use of force and genocide" and seeking the International Court of Justice to order a "temporary measure" immediately stopping the air strikes. The Court rejected the motion filed by Belgrade and declared that it "manifestly lacked jurisdiction" in the cases of the USA and Spain. But it left open the other eight cases in which the FRY filed suits: against Belgium, Canada, France, Germany, Italy, the Netherlands, Portugal and the United Kingdom.

Since the Federal Republic of Yugoslavia insisted on the continuation of the proceedings, NATO countries filed their preliminary motions challenging not only the jurisdiction of the International Court of Justice, but also the very admissibility of Belgrade’s case. The five-day round of hearings that began today in The Hague has been limited solely to the legal issues of jurisdiction and admissibility.

The legal representatives from Belgium and the Netherlands who spoke during the morning session before the fifteen judges of the world court noted that when the FRY filed its suit, it was not a member of the United Nations and was not a signatory to the Convention on the Prevention and Punishment of the Crime of Genocide; consequently, they argued, it cannot petition the International Court of Justice (which rules on disputes among UN members) and it cannot invoke the Genocide Convention which is binding only on its signatories. As the legal representative of Belgium said, Belgrade cannot invoke the bilateral agreement between the Kingdom of Belgium and the Kingdom of Yugoslavia signed in 1930 since it ceased to be in force when the former SFRY broke down in 1992.

J. G. Lamers, legal counsel of the Dutch Ministry of Foreign Affairs, considers the dispute between the Netherlands and Serbia and Montenegro on the jurisdiction issue "non-existent." For proof, Lamers quoted a letter on "newly-discovered facts" that Belgrade sent to the Netherlands in December 2000. It states that the FRY is not a legal successor to the SFRY and that it became a "new member-state" of the UN on 1 November 2000--meaning that until that date, it was not a member of the International Court of Justice.

It is interesting that the arguments Belgrade used two years ago when it tried to have a review of the judgment on the jurisdiction of the International Court of Justice in the case of Bosnia and Herzegovina vs. Federal Republic of Yugoslavia now boomeranged on it. That attempt failed, but the arguments are now being used by legal representatives of the NATO countries who are challenging the admissibility of a case instituted by a country – FRY, now Serbia and Montenegro – which at the time, by its own admission, was not a UN member. 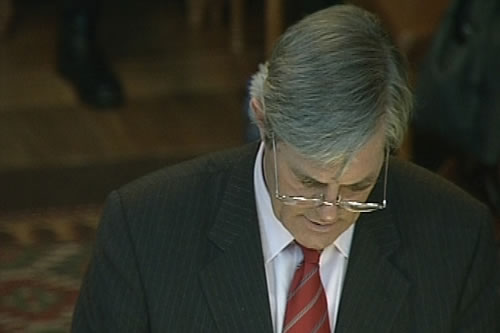