ROLE OF HIRED KILLERS IN THE ETHNIC CLEANSING

Witnesses at the trial of Momcilo Krajisnik – former Bosnian Serb political leader and Assembly speaker– describe the tasks of hired killers in the towns and villages of eastern Bosnia. 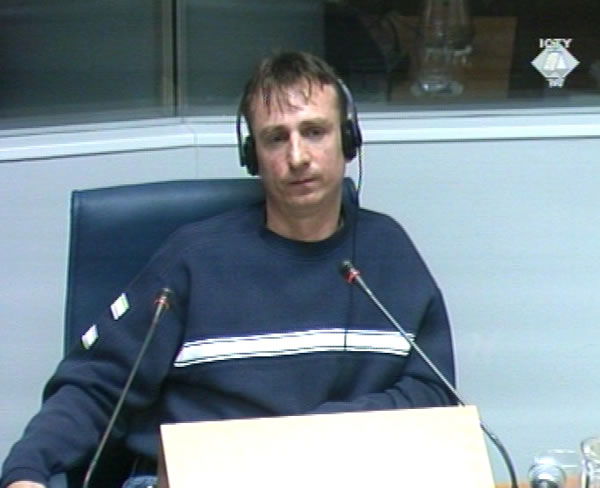 Suad Dzafic, witness at the Momcilo Krajisnik trial
The count in which Momcilo Krajisnik is charged with genocide alleges that he is individually responsible for "the widespread killing […] which took place during and after the attacks on towns and villages [in Bosnia and Herzegovina]."

Suad Djafic is, quite by chance, an eye-witness and a survivor of such a crime. Having previously given a deposition to the Prosecution, in court he answered only those questions asked by the defense, this in accordance with Rule 92-bis.

The prosecutor read out a brief summary of his statement indicating that on 10 May 1992, the witness saw the attack and burning of houses in the village of Krasan Polje near Bratunac in eastern Bosnia. A few days later, Serb forces took the village. They rounded up all men of military age and five underage boys, put them on a bus, and took them first to Bratunac and later to nearby Vlasenica. They spent three days in prison there. People--some wearing military clothes, others dressed as civilians --entered the room from time to time and beat the 37 prisoners, including the five boys.

Suad Djafic, who testified at the Milosevic trial about these events, was taken to an area in front of the police building on 21 May 1992 with the other detainees. They were put on a bus that was escorted by an armored vehicle and four cars. One of them had a drawing of a skull and crossbones on the door. When the convoy stopped in the village of Nova Kasaba, armed men got out of the cars. The witness assumed they belonged to Arkan's Tigers and the White Eagles. They took out the detainees in groups of four to five and killed them using automatic rifles and a machine gun mounted on the armored vehicle. The witness was in the last group. As soon as the shooting began, he fell down, wounded. He was the only survivor in the group and, after the killers left, he crawled out from under the bodies that had fallen on top of him and went away.

He offered as evidence to the Trial Chamber a list of names of most of the people who were killed there, including his father, brother and two relatives. Among the killers, he recognized a man from his village, Pero Mitrovic.

During cross-examination, he said that just before they were taken out of the prison in the SUP building in Vlasenica, a man in camouflage uniform appeared at the door of the room where they were detained. He said, "If you live through today, you will be safe, since the men who have been paid to do the killings are about to leave."

Another witness heard today, Nijaz Dubicic, also mentioned mercenaries in his written statement. In cross-examination he said that in late May 1992, about 100 of Arkan's men and Seselj's men gathered in the main square in Bratunac. They were protesting because they had not received the money they had been promised. According to the testimony of this witness, who was the president of the Bratunac municipality after the first multi-party elections in 1990, the mercenaries were brought in by the local chapter of the SDS (Serbian Democratic Party) and were paid with money donated by two wealthy Serbs. It was their task to cause disturbances in the town. The goal was to use the disturbances as pretexts for the entry of the JNA; 4,000 of its soldiers were waiting on the other bank of the Drina River in Serbia.

After the first three witnesses, who spoke about events in Brcko in May 1992, the Prosecution tried to use the testimony of these two witnesses to bring to light events in Bratunac--the second of a total of 37 BH municipalities listed in the indictment as places where crimes were committed for which the former Bosnian Serb political leader and close associate of Radovan Karadzic now stands trial. 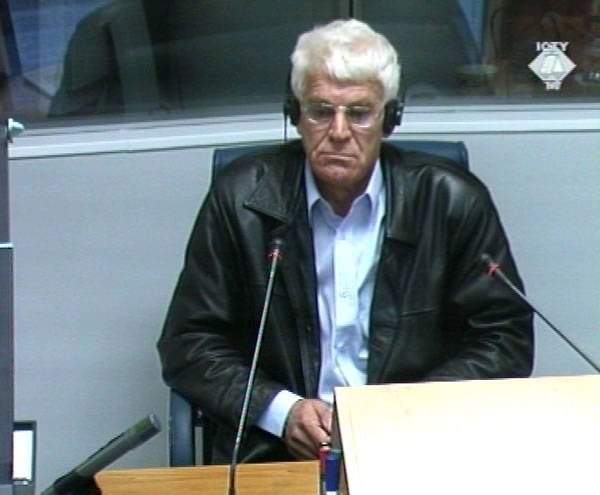