In late May 1992, protected witness testifying under pseudonym VS-1064 survived the massacre in the Culture Hall in Drinjaca, where, as the indictment against Vojislav Seselj alleges, Chetniks killed 88 Bosniaks. The witness’s father and three of his brothers were among the victims 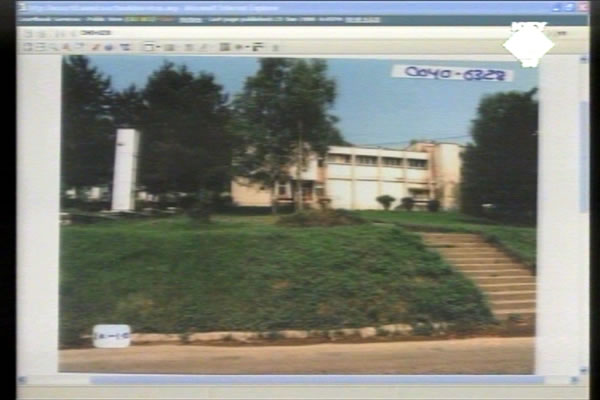 Culture Centrum in Drinjaca
According to the indictment against Vojislav Seselj, in the night of 30 May 1992 ‘Chetniks’ killed eighty eight Bosniak civilians from the village of Kostjerovo near Zvornik in the Culture Hall in Drinjaca. Protected witness VS-1064 was seriously wounded, but he survived the massacre. His father and three brothers did not.

As the witness recounted, on 30 May 1992 Serb forces entered the village. They gathered the villagers and then took about 150 men, women and children to the Culture Hall in the nearby village of Drinjaca. Women and children were separated there and taken to a farm in the nearby village of Celopek. They were promised that the men would soon join them.

Branko Studen, a JNA lieutenant, addressed the men who remained at the Culture Hall saying that nothing would happen to them: after an ‘interview’ by ‘military experts’ they would be exchanged.

After that, soldiers in camouflage uniforms – who looked like Arkan’s men to the witness – came into the room. Their leader, the witness recounted, ‘stormed about the room’ as if he was ‘mad, drunk or on drugs’ ordering them to sing a Chetnik song. Then ‘total chaos’ ensued: people were dragged from their seats and onto the stage where they were beaten, kicked, hit with wooden bats, pieces of iron piping and truncheons. Some prisoners were so severely beaten and stabbed with knives that they ‘begged to be given a gun to shoot themselves’, the witness noted.

Prisoners were mistreated badly until 9 p.m., the witness estimated. ‘Arkan’s men’ then left, threatening them that soon they would ‘see what Chetniks are’. Soon after that, the witness went on, a group of men wearing ‘fur hats and Chetnik insignia’ showed up. They began to take out prisoners in groups of ten. Bursts of gunfire were heard after each group was taken out, and then the Chetniks would go back in to take another batch of prisoners.

The witness was taken out with the fifth group. While they were being led away, somebody tried to escape, and the soldiers opened fire on the prisoners. The witness was shot in hip. He fell down, and stayed down, pretending he was dead. A Chetnik was suspicious and kicked him and then fired a burst at him. ‘I thought now I will die for sure’, the witness said. Only one bullet hit him, though, in the shoulder. When the Chetniks went in to get another group of prisoners, the witness seized the opportunity and ran. From a nearby forest he watched Chetniks load bodies onto a truck that had come to the Culture Hall in the meantime.

In his cross-examination, Vojislav Seselj first claimed that the witness’s grandfather had been ‘an Ustasha outlaw’ who had taken part in massacring Serbs. The witness said it was ‘a dreadful lie’. Seselj then said that today was the first time the witness called the soldiers shooting the detainees at the Culture Hall ‘Seselj’s men’. In his previous statements, he described them as ‘Chetniks’. The witness replied that he didn’t distinguish between ‘Seselj’s men’ and ‘Chetniks’. The prosecutor added that the witness had mentioned ‘Seselj’s men’ twice in the statement he had given in 1996 to the BH investigators. The accused then took offense and refused to continue with the cross-examination of the witness.