The Tribunal's Appeals Chamber has confirmed the first instance judgment in the case against former Bosnian Serb police leaders Mico Stanisic and Stojan Zupljanin. The two accused were sentenced to 22 years in prison each by the trial chamber and those sentences have been conformed too. They were convicted of crimes against Bosnian Muslims and Croats, committed between early April and late December 1992. Their defence teams failed to prove that the Danish judge Harhoff was 'biased', although he had been disqualified from the chamber in the Vojislav Seselj case 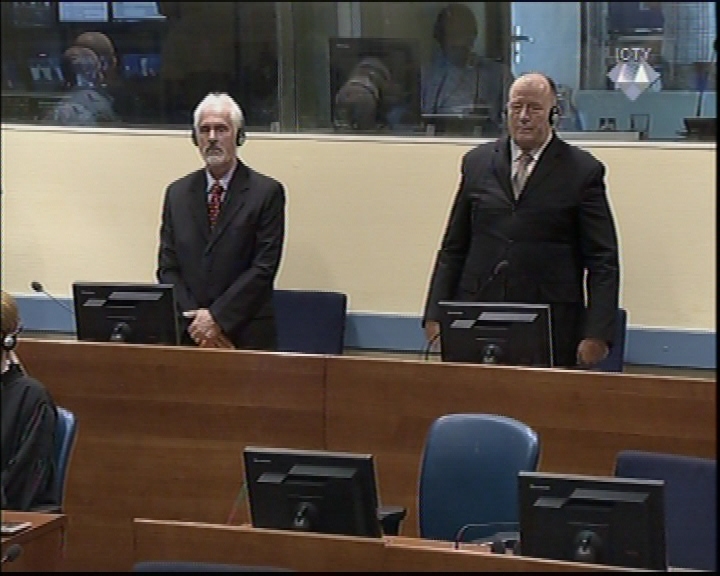 The Appeals Chamber headed by the Maltese judge Carmel Agius today confirmed the convictions and the 22-year sentences imposed by the trial judges on Mico Stanisic, wartime police minister in the Bosnian Serb cabinet, and Stojan Zupljanin, former head of the Security Services Center in Banja Luka. They were convicted of crimes committed in 1992 in twenty municipalities in Bosnia and Herzegovina, The time Stanisic and Zupljanin have spent in the UN Detention Unit in Scheveningen will be credited against their sentence. They will remain the the unit until their transfer to a prison in another country where they will serve the rest of their sentence.

The Appeals Chamber rejected the arguments presented by Stanisic and Zupljanin that they had been 'denied the right to be tried by an impartial court' because one of the trial judges was Frederik Harhoff from Denmark, who had been disqualified from the chamber in Vojislav Seselj's case due to his purported bias. The Appeals Chamber considers that Judge Harhoff's disqualification in Seselj's case 'does not automatically disqualify him from other cases'. Furthermore, as noted in the judgment summary, Stanisic and Zupljanin failed to demonstrate that a reasonable observer could assume that Judge Harhoff was partial.

All the grounds for appeal presented in their briefs by Stanisic and Zupljanin were dismissed. Although the appellate judges found that some errors had been committed in the trial judgment, they do not impact on the soundness of the Trial Chamber's conclusion that the former heads of the Bosnian Serb police had 'substantially contributed' to the joint criminal enterprise launched by the political and military leaders in Republika Srpska whose goal was to permanently remove Bosnian Muslims and Croats from the territories that were to form part of the Bosnian Serb state. The appellate judges confirmed the Trial Chamber's finding that Stanisic and Zupljanin are responsible for persecution manifested through forcible transfer and deportation as a crime against humanity and persecution in the form of murder and torture as a violation of laws and customs of war. Zupljanin is additionally guilty of extermination as a crime against humanity.

The Appeals Chamber accepted the prosecution's argument that the Trial Chamber erred when it failed to convict Stanisic and Zupljanin of murder, torture, deportations and other inhumane acts such as forcible transfer as crimes against humanity. The appellate judges refused to convict them on appeal. The Appeals Chamber also concluded that neither the defense nor the prosecution managed to prove that the Trial Chamber had committed 'a discernible error' and thus dismissed in their entirety all the grounds related to the sentencing.

The indictments against Zupljanin and Stanisic were issued in 1995 and 2005 respectively. In September 2008, the two cases were joined. The trial began in September 2009 and ended in June 2012.