At the trial of Goran Hadzic, former chief of the JNA Security Administration Aleksandar Vasiljevic claimed the civilian judiciary was in charge of prosecuting criminals, not the military judicial bodies. What powers did ‘a self-proclaimed president of a self-proclaimed region’ have? 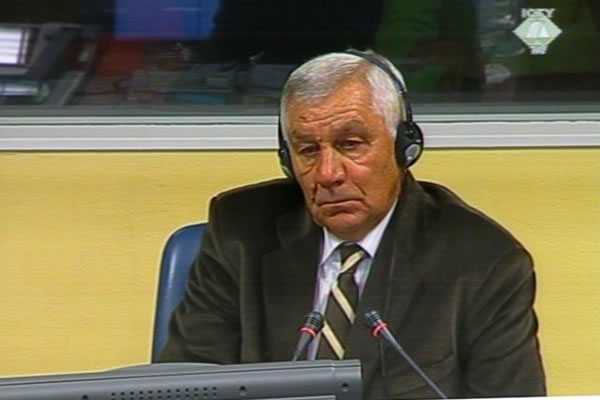 In his testimony at the trial of Goran Hadzic, former chief of the JNA Security Administration Aleksandar Vasiljevic claimed that the civilian authorities were responsible for prosecuting those responsible for the crimes committed by the paramilitaries and volunteers in the Serb Autonomous Region of Slavonia, Baranja and Western Srem (SAO SBZS). According to Vasiljevic, the military prosecutor could prosecute military personnel and those who committed crimes against the armed forces.

Vasiljevic used the example of the massacre in the mine field in the village of Lovas on 18 October 1991 to explain that it was ‘only natural’ for the civilian bodies to initiate proceedings against the members of the Dusan Silni paramilitary unit, who were responsible for the killing of 21 civilians. Vasiljevic claimed that four servicemen also took part in the crime. They were tried in a military court. Members of the Dusan Silni unit did not face justice in the SAO SBZS. It was only in 2007 that they were finally prosecuted in Serbia. The crime in Lovas is one of the incidents listed in the indictment against the former Eastern Slavonia president, Goran Hadzic.

Vasiljevic said that Radovan Stojicic Badza was ‘in effect the commander of all the local formations in Eastern Slavonia’. The Serbian MUP sent Stojicic to the area. Vasiljevic added that during the combat operations the members of the Leva Supoderica unit were subordinated to the former JNA Operational Group South. The commander of the Leva Supoderica unit was Milan Lancuzanin Kameni.

When Vukovar fell the paramilitary units should have been disbanded, Vasiljevic said, adding that individuals such as Kameni went on ‘strolling’ around the town and its environs, causing trouble for the local authorities. According to a document from the SAO SBZS shown in court today, the JNA 1st Military District was ‘allowed’ to disband Kameni’s formation after an ‘agreement was reached with the interior minister regarding the deployment of the police forces from Vukovar’.

Hadzic was purportedly unhappy that Vasiljevic had agreed to release the Croatian prisoners that the SAO government had wanted to keep ‘at any price’. At a meeting in December 1991, Hadzic threatened that the JNA would ‘no longer have its general’. General Vasiljevic continues his evidence tomorrow.