In the statement of reasons attached to its judgment acquitting Momcilo Perisic, the majority in the Appeals Chamber, with Judge Liu dissenting, found that the assistance the VJ had provided to the VRS was ‘not directed specifically at committing crimes’ but at the general war effort of the Bosnian Serb army. The Chamber also found that Perisic didn’t have effective control over the SVK personnel responsible for the rocket attacks on Zagreb. Following the acquittal, the Appeals Chamber ordered Perisic’s immediate release 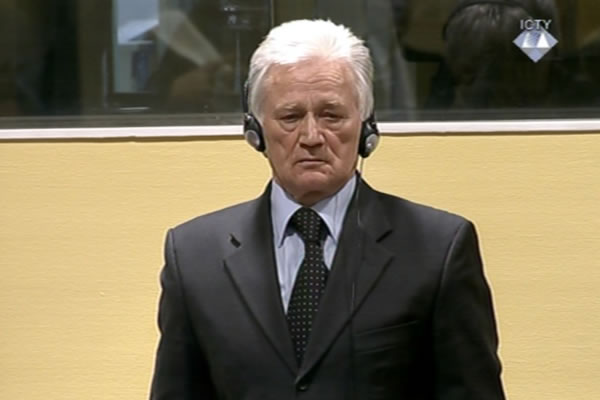 The majority in the Appeals Chamber reversed the trial judgment which convicted former chief of the VJ General Staff Momcilo Perisic of aiding and abetting the crimes committed in Sarajevo and Srebrenica. Chinese judge Liu attached his dissenting opinion to that part of the judgment, but agreed with the majority that Perisic had no effective control over the SVK personnel responsible for the rocket attacks on Zagreb on 2 and 3 May 1995. The Appeals Chamber comprised Judge Meron from the USA, as the presiding judge, Judge Liu, Judge Agius from Malta, Judge Ramaroson from Madagascar and Judge Vaz from Senegal.

According to the summary of the judgment, the ‘specific direction’ of the acts of the accused towards the commission of crimes is a prerequisite for a conviction for aiding and abetting. As the majority found, the personnel, logistic and material assistance the VJ provided to the VRS from August 1993 to November 1995 was not directed specifically at perpetrating the crimes in Sarajevo and Srebrenica. Its purpose was supporting the general war effort of the Bosnian Serb army.

The Appeals Chamber found that the specific assistance the VJ provided through Perisic – transferring VJ soldiers to the VRS and providing logistic support – was not ‘opposed to legitimate war efforts’. As the judges noted, the VRS was not subordinated to the VJ de iure and de facto, and its activities couldn’t be described as ‘criminal’ in their totality.

The Appeals Chamber notes it ‘is not convinced that the only reasonable conclusion’ is that Perisic could issue orders to the VJ soldiers seconded to the SVK at the time of the rocket attacks. The Appeals Chamber concluded that Perisic was able to launch disciplinary proceedings against the SVK soldiers only after the attack on Zagreb and the fall of the Republic of Serbian Krajina when its army came under the VJ control. The judges found that Perisic had no command responsibility over the persons who had ordered the rocket attacks on Zagreb.

The Appeals Chamber accepted the key arguments put forward by the defense counsels Novak Lukic and Gregor Guy Smith, and the arguments presented by Judge Moloto in his dissenting opinion attached to the Trial Chamber judgment. Judge Moloto thought that Perisic should be acquitted of all charges in the indictment. The hearing was attended by the family of the accused; they and the defense counsel couldn’t hide their elation with the judgment. The representatives of the Mothers of Srebrenica association made loud comments as the judgment was read out. At the end, the Mothers of Srebrenica said, ‘there is God’, who would make sure that justice is done. They shouted that the judgment was the result of ‘politics and trade-offs’.

Momcilo Perisic was the only senior official from Serbia and FR Yugoslavia convicted by the Tribunal and sentenced for crimes in Bosnia and Herzegovina. Slobodan Milosevic was charged with the same crimes, and the judgment can be considered as Milosevic’s posthumous acquittal for Sarajevo and Srebrenica.