Pre-trial judge Guy Delvoie confirmed today at the status conference that the trial of Goran Hadzic would begin on 16 October 2012. At a pre-trial hearing to be held on 15 October 2012, the defense will indicate if Hadzic intends to present an introductory statement without making a solemn declaration. The prosecution intends to call a total of 141 witnesses and has asked for 170 hours for their examination-in-chief 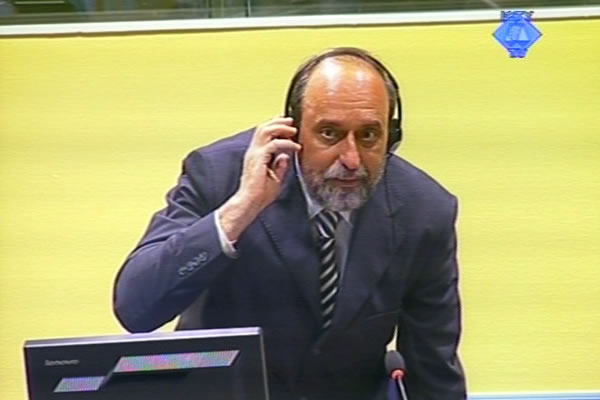 The prosecution will deliver its opening statement in the case against Goran Hadzic, former prime minister of the Serb Autonomous Region Eastern Slavonia, Baranja and Western Srem and later president of the so-called Republic of Serbian Krajina, on 16 October 2012, pre-trial judge Guy Delvoie confirmed at the status conference today.

On Monday, 15 October 2012, there will be a pre-trial conference to discuss the course of the trial. Hadzic’s defense counsel Zoran Zivanovic announced today that the defense would present its opening statement after the prosecution has rested its case. Defense counsel Zivanovic was not able to confirm if the accused would exercise his right to present an introductory statement without making a solemn declaration at the beginning of the trial. Zivanovic indicated he would confirm it after consulting with his client.

The prosecution plans to call 141 witnesses – seven experts, 82 fact witnesses and 52 witnesses whose statements will be tendered into evidence without a cross-examination. The prosecution has asked for 170 hours to examine the witnesses and experts who will be heard live in court. The prosecution intends to tender into evidence more than 5,840 exhibits relating to the exhumations and identification of the victims of crimes Hadzic is charged with. Some of this evidence consists of laws, rules, official gazettes, newspaper articles and video recordings from the period relevant for the indictment.

Although at previous status conferences Hadzic never complained about the conditions in the detention or his health, today he asked to discuss the issues in private session.

After seven years at large, Goran Hadzic was arrested and surrendered to The Hague in July 2011, to face charges of extermination, murder, persecution, illegal detention, torture, inhuman treatment, deportation and wanton destruction in Eastern Slavonia in Croatia from June 1991 to the end of 1993.