Vojislav Seselj was ‘more than just a recruitment officer’ for the JNA, the prosecution claimed in its closing argument today. Seselj did more than just dispatch volunteers to the front; in effect, he appointed and promoted the commanders of those units and influenced the situation on the ground, the prosecutors argued 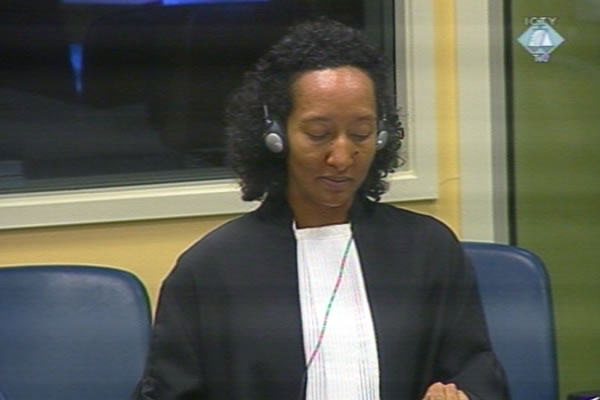 Yesterday, the prosecution focused on two ways in which Seselj contributed to the crimes alleged in the indictment: the influence he wielded in the war as a politician and a ‘quasi-military leader’ and his hate-mongering speeches against non-Serb victims. Today, the prosecution addressed the third aspect of his contribution: recruitment, dispatching to the fronts and control over volunteer groups which were involved in the persecutions, murder, expulsion, torture and sexual abuse of Croats and Muslims in Croatia and BH. As she continued with the prosecution’s closing argument, Ms. Biersay said that the Serbian Radicals’ leader was able to dispatch volunteers to the frontlines and place them under the command of the JNA and Serb armies in Bosnia and Krajina. This ‘contradicts Seselj’s claim that he was just a politician without any military powers’.

As the prosecutor contended, Seselj was much more than ‘just a recruitment officer’ because he still wielded influence over ‘Seselj’s men’ even after they were dispatched to the frontlines and although he didn’t exercise operational command over them in combat. The prosecution’s evidence shows that Seselj decided where the volunteers would be deployed and that he and his War Staff appointed commanders of the volunteer units. The prosecutor used the statements Ljubisa Petkovic and Aleksandar Stefanovic, members of the SRS War Staff, gave to the OTP investigators in which they say that Seselj had ‘absolute power, made decisions on his own and inspected volunteers in the training centers’.

To illustrate how the accused was able to influence the situation on the ground, an excerpt from an intercepted conversation between Seselj and Branislav Gavrilovic Brne, commander of ‘Seselj’s men’ in the Sarajevo area, was played today. At one point at the beginning of the war, Gavrilovic’s fighters were surrounded in the town. Seselj assured Gavrilovic he would get the Bosnian Serb leadership to rescue Brne’s group; if they refused to cooperate, Seselj would pull out all his volunteers from BH. Seselj also instructed Brne to send additional forces into the town.

Wherever ‘Seselj’s men’ were dispatched, crimes were committed; the volunteers’ commanders sometimes took part in these crimes. The accused promoted these commanders to the Chetnik rank of vojvoda at a ceremony in May 1993. Among them were Milan Lancuzanin a/k/a Kameni who committed the crime against Croat prisoners at the Ovcara farm near Vukovar, and Mirko Blagojevic, who was involved in the attacks on Brcko and Bijeljina. Some of them, such as Vasilije Vidovic Vaske, Nikola Poplasen and Brne were responsible for crimes in the Sarajevo area.

The prosecutors contend that the responsibility of ‘Seselj’s men’ for crimes in Vukovar, Zvornik, the Sarajevo area, Mostar and Nevesinje has been proven beyond reasonable doubt. There is also incontrovertible evidence of the link between the accused and the direct perpetrators. These municipalities are listed in the indictment as part of the crime base. Other municipalities, like Vocin, Bosanski Samac, Bijeljina or Brcko, are listed in the indictment to support the allegations about the pattern of crimes. The prosecution contends that this pattern contained four elements: the arming of Serb civilians, dispatching volunteers, including ‘Seselj’s men’ to the front, seizing power in municipalities and committing crimes against civilians.

Quite strikingly, the prosecutors in their closing arguments relied on the statements Seselj’s former associates, such as Stefanovic and Petkovic, gave to the OTP investigators, although both men later refused to confirm their allegations against the Serbian Radicals’ leader in court. Prosecutor Marcussen urged the judges to rely on the pair’s previous statements and ignore their ‘incredible’ claims that the prosecution forced them to accuse Seselj. An independent investigation has established that there was no pressure.

The prosecution will complete its closing arguments tomorrow, and will then indicate what sentence it intends to seek for Vojislav Seselj.