The Tribunal’s spokeswoman denied the allegations in the Serbian press that Vojislav Seselj’s life was in danger and that he had been refused contact with his legal advisors. As the spokeswoman stated, Seselj is currently under the jurisdiction of the Dutch authorities as he has been transferred to a hospital outside of the UN Detention Unit 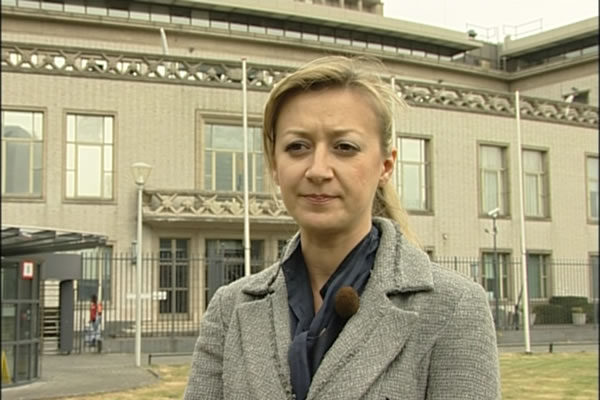 Tribunal’s spokeswoman Nerma Jelacic has stressed that ‘according to the medical information” in the Tribunal’s possession, Vojislav Seselj is ‘stable and there are no any indications at present that his life is in danger’.

Jelacic has spoken after the Serbian media published a communiqué issued by the Serbian Radical Party, alleging that the Tribunal has not answered the calls of Seselj’s legal advisors who are trying to learn why the accused has been transferred to hospital. The communiqué accuses the Tribunal of ‘deliberately providing inadequate medical treatment’ to the detained Serbian Radical leader.

The Tribunal’s press release stresses that Seselj, as all the other detainees, has at his disposal ‘high-level medical care’. However, due to the ‘confidential nature of the information’, the Tribunal is not able to disclose details of Seselj’s health condition ‘unless he specifically consents to such disclosure in writing’. In this case Seselj ‘refused” to grant this permission, as noted in the press release.

Jelacic added that the Tribunal’s Registry had kept Jadranka Seselj informed about the medical condition of her husband. Some information has also been conveyed to Dejan Mirovic, Seselj’s legal advisor, Jelacic insisted.

As regards the allegations about Seselj’s location, as Jelacic explained, the Dutch authorities are in charge of the security of the detainees while they are outside of the UN Detention Unit. In all such cases, contacts with the detained persons are regulated by the strict security protocols of the host country. This is why the detainee’s actual location is kept secret and access is strictly limited.

Vojislav Seselj is charged with crimes against non-Serbs in Croatia, Vojvodina and BH. The closing statements at his trial will be delivered in March 2012. Even as his trial on these charges progressed, Seselj was indicted three times for contempt of court because he disclosed information on protected witnesses in his books and then refused to withdraw the confidential information from his website. At the first contempt of court trial, Seselj was sentenced to 15 months in prison and at the second, he was sentenced to 18 months. Seselj’s third contempt of court trial is underway.