HOW TO DISQUALIFY EXPERTS

The prosecution has asked the judges to reject the expert report and the evidence of Vidosav Kovacevic because of his partiality and lack of expertise. The defense contends that Kovacevic was ‘the most qualified’ person to speak about the relationship between the army and the police in RS. Prosecution experts ‘don’t have a clue’ about it, the defense argued 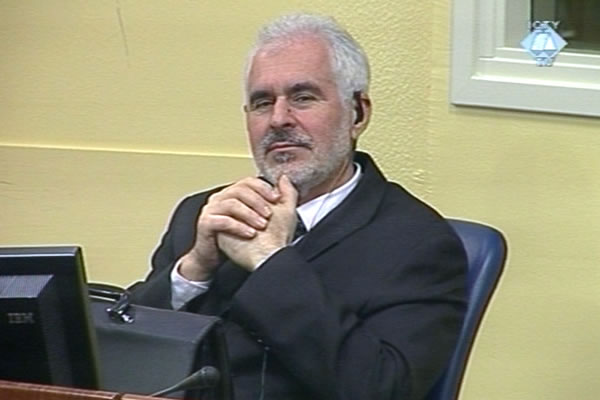 Stojan Zupljanin in the courtroom

At the trial of former RS officials Mico Stanisic and Stojan Zupljanin, the second witness of Zupljanin’s defense began his evidence. The witness testifies under the pseudonym SZ 003. Most of his evidence was heard in closed session. In 1992, the witness worked in the operational duty service in the Security Services Center in Banja Luka. The accused Zupljanin was the chief of the Banja Luka Security Services Center.

The witness explained that the service’s task was to receive reports from police stations under the jurisdiction of the Security Services Center and forward them to the chief. In the spring of 1992, communications were sometimes disrupted and some police station chiefs acted ‘nonchalantly’, sending in incomplete or late reports, the witness said. Zupljanin insisted on daily reporting and demanded that the police station chiefs deliver ‘accurate and timely’ information.

Before witness SZ 003 took the stand, there was an hour long debate about the prosecution request to the judges not to admit into evidence the expert report and the testimony of Vidosav Kovacevic. Kovacevic was asked by the defense to write a report on the use of police in combat and he spent the past two weeks testifying. The prosecution contends that the witness does not have the necessary expertise to talk about the functioning of the VRS and the police in 1992. Kovacevic showed that he was ‘not open-minded enough’ and had consulted the defense counsel while writing the report, the prosecutor said. The witness also said that he saw himself as ‘part of the defense team’. This violated the assumption of impartiality required of an expert.

The prosecutor noted that Kovacevic had less than a month to work on the report. The bibliography of the report was very narrow, containing 11 VRS documents, three RS MUP documents, four books on the conflict and 18 JNA doctrine manuals. The prosecution also claims that the witness added paragraphs on the ‘parapolice’ and the influence of local authorities on the police to help the defense. According to the prosecution, it would be ‘dangerous’ to admit Kovacevic’s report and testimony into evidence.

Defense counsel Dragan Krgovic argues that Kovacevic is ‘far more qualified’ than all the other experts who appeared in court to testify. The expert witness graduated from the ‘highest military schools’ and it was his job to interpret and draft military regulations. As Krgovic noted, the witness was familiar with the issues related to the functioning of army and police and therefore didn’t have to go through ‘thousands of documents’, unlike prosecution experts Brown and Nielsen. As Krgovic claimed, experts Brown and Nielsen ‘don’t know how to interpret regulations’; they are ‘tabula rasa’ in terms of VRS leadership and ‘don’t have a clue about it’. It is ‘inappropriate’ to compare the prosecution experts with Kovacevic. Krgovic described the prosecution experts as persons who are not architects but have read everything about bridge construction and are now told to build a bridge. As Krgovic said to the judges, ‘I wouldn’t recommend to you to walk on such a bridge’.

The defense counsel urged the Trial Chamber to apply the same criterion it used for prosecution experts working for the OTP, whose reports were admitted into evidence. The judges will rule on this issue by the end of the week.