All trials, including those that haven’t yet begun – such as the trial of Radovan Karadzic – should be completed by 31 December 2009 according to the latest resolution of the UN Security Council. After that date, only the Appeals Chamber of the Tribunal will continue to exist; there will be no trial chambers 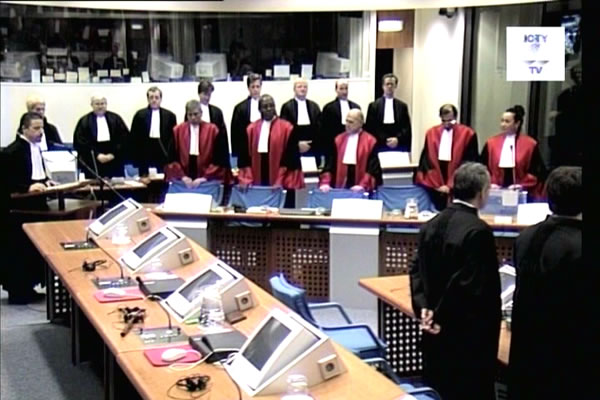 The term of office of the ten permanent judges hearing first-instance proceedings and the fourteen temporary, or ad-litem judges in the trial chambers was extended until 31 December 2009 ‘or until the completion of the trials they are assigned to hear, whichever is earlier’. The same goes for the four judges of the Appeals Chamber whose term of office was prolonged until 31 December 2010 or until an earlier date should the appellate proceedings be completed ahead of schedule.

Before this extension, the ad-litem judges had their appointments until September 2009 and the four-year term of office of the permanent judges of the Trial and Appeals Chambers expired in November 2009.

Several trials are on the waiting list, including that of Mico Stanisic and Stojan Zupljanin. Their cases have been joined recently. There is also the trial of the VRS general Zdravko Tolimir, and finally the case of Radovan Karadzic. If the two remaining fugitives - Ratko Mladic and Goran Hadzic - arrive to The Hague they will be added to the waiting list. However, as things stand now, their trials should also end by 31 December 2009.