DOCTOR OF LEGAL SCIENCE VS. MASTER OF ARTS

At the beginning of his cross-examination of OTP expert witness Yves Tomich, Vojislav Seselj claims a French scholar with an MA degree in Slavic studies is not qualified to testify on the ideology of a Serbian ‘full professor with a doctorate in legal science’ 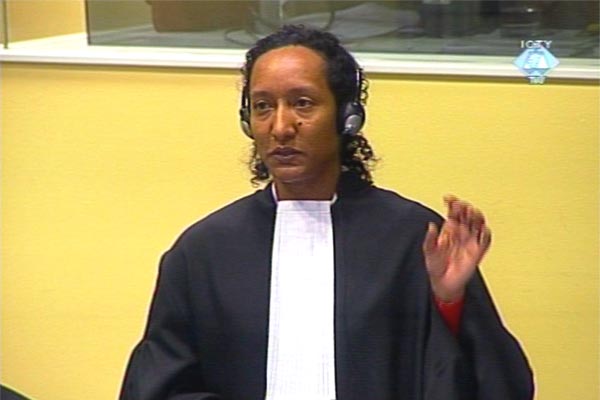 Lisa Biersay, new prosecutor in the Seselj trial
Two new prosecutors from the USA have joined the prosecution team in the Vojislav Seselj case: Daryl Mundis and Lisa Biersay. Christine Dahl was not in the courtroom today. The OTP says she is still on the case. “There were no substitutions on the prosecution team, merely an expansion”, the prosecution notes. The accused Seselj has already accused Dahl on several occasions of tampering with his defense witnesses. According to him, Dahl ‘herself got into the home’ of one of his witnesses. Seselj has indicated he will file contempt of court charges against her because of that incident.

[IMAGE]3215[/IMAGE]Lisa Biersay conducted the final part of Yves Tomich’s examination-in chief instead of Christine Dahl. Her questions had to do only with the elections held in Serbia and former Yugoslavia from 1990 to 2000 and the election results of Seselj’s Serbian Radical Party. Tomich, who wrote the expert report, Ideology of Greater Serbia, described the evolution of Seselj from an independent, Chetnik candidate at the presidential elections in 1990 when he won about 90,000 votes to the rise in his fortunes in 1992 and 1993, when he became Milosevic’s ‘favorite opposition politician’. This was the time of an alliance between his Radicals and Milosevic's Socialists, the time when he was called ‘the red Chetnik vojvoda’. Finally, Tomich described Seselj’s fall from Milosevic’s grace and the fierce media campaign against the Radicals orchestrated by the Socialists because of their row over Vance-Owen peace plan.

Seselj began his cross-examination by claiming that a French scholar with MA degree in Slavic studies was not qualified to testify on the ideology of a Serbian ‘full professor with a doctorate in legal science’ in the first place. From Tomich’s CV Seselj learned that in late 1990s Tomich did several studies for the French defence ministry, and went on to construct an elaborate fantasy linking the witness with the ‘anti-Serbian lobby’ in France and elsewhere.

According to Seselj, Tomich worked for French defence ministry. The defence minister at the time was Alain Richard, an ‘Atlantist’. Richard was close to prime minister Michel Rocard. Rocard and Morton Abramovitz, ‘chief advisor to the Albanian terrorist KLA’, together founded the notorious International Crisis Group. But that’s not all. The International Crisis Group board members from France included Simone Veil, Jacques Delors and Christine Okrent. Okrent’s husband was none else but Bernard Kouchner, in Seselj’s view ‘the leader of the fierce anti-Serbian campaign lead in France in the past 17 years’.

Doctor of legal science Seselj will continue his cross-examination of master of arts Tomich tomorrow.