ICTY PRESIDENT: TRIBUNAL HAS MORE WORK TO DO

Fausto Pocar, ICTY president, presented the 12 essential ‘residual functions’ the international tribunal would have to continue to perform even after the end of all trials and appellate proceedings. The primary task is to try the remaining fugitives from international justice who could be arrested after the Tribunal closes down 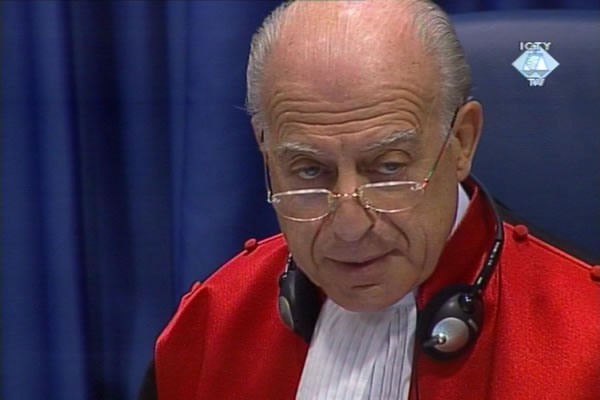 Fausto Pocar, president of the Tribunal
The ICTY president Fausto Pocar addressed the legal advisors of the Ministries of Foreign Affairs of the UN members. As he noted, the ‘Tribunal will have to continue performing some of its functions even after trials and appellate proceedings are completed’. This is necessary, Pocar said, in order "for the Tribunal’s impact to be lasting and for its contribution to the societies of the former Yugoslavia to be maximized and preserved".

The first of the twelve ‘residual functions’ that will outlive the Tribunal, Pocar said, was to try the remainder of the fugitives from international justice who will be arrested after the international tribunal closes down. Then there is the review of the existing judgment, the referral of cases to the national courts, and the supervision of the prison sentences imposed by the Tribunal.

After the Tribunal closes down, Pocar noted, the proceedings on the contempt of court and perjury charges would have to be conducted. The prevention of double jeopardy in national courts is another important function. Other essential ‘residual functions’ according to Pocar are the witness protection program, issues related to defense counsel and legal assistance, dealing with compensation requests, keeping the archives, informing the public and human resources issues.

Pocar stressed that some of the ‘residual functions’ could be transferred to other UN bodies. However the number of these ‘successors’ shouldn’t be too large as it would be an ‘unrealistic and unnecessary burden’. On the other hand, Pocar said, legal functions require the participation of judges: these could not be transferred to the UN bodies or international courts not dealing with criminal cases.

Pocar identified the permanent International criminal Court (ICC) as a possible successor. However, because of its different legal basis, applicable law, rules of procedure and the status of the court in the UN system, the transfer of the ICTY’s legal functions to the ICC would "hardly be possible", Pocar said in his conclusion.