At the first status conference after his hunger strike, the accused Vojislav Seselj and the newly appointed pre-trial judge Jean-Claude Antonetti exchanged compliments, both expressing their astonishment at the manner in which the proceedings been conducted in the last four years 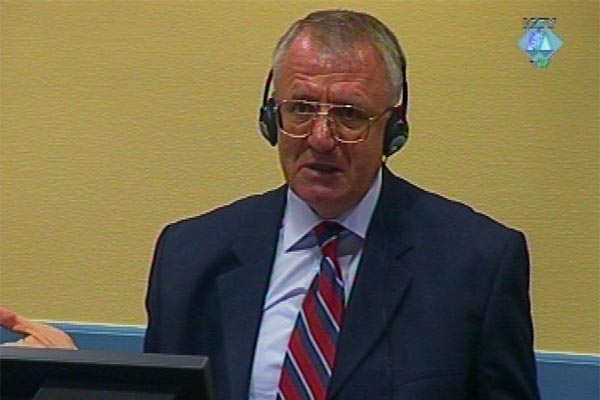 Judge Antonetti said that in the last four years he "agreed with the accused perfectly" on three key issues regarding Seselj's right to self-defense, his wish to receive evidence "in writing and in Serbian language" and his request to be granted funds that would cover his defense costs. Since the beginning, Judge Antonetti said, his opinion has been different from that of the other judges in the Trial Chamber. Had those issues been resolved on time, he added, today, four years later, the case would not be at the starting point.

[IMAGE]2548[/IMAGE]The only point where the new pre-trial judge disagreed with Seselj was, in his words, "a terrible number of more than 240 briefs" filed by the accused over the past four years, and a "a series of accusations levied against judges" with no less than 12 requests for their disqualification. Concluding that, "luckily" he was not one of them, Antonetti said that there were many "positive factors" in the conduct of the accused, such as his voluntary surrender, his reasonable requests and suggestions over the past four years and his "orderly" testimony at the trial of Slobodan Milosevic. The fact that the accused went on a hunger strike in November 2006 was justified by Judge Antonetti as a result of Seselj's "impression that he was put up against the wall and was not listened to".

The defendant reciprocated to the judge who agreed perfectly with his main requests for the past four years. He said "this is the first time I have heard reasonable, sober and mature legal thinking from a presiding judge”.

Seselj tried to respond to Antonetti's criticism. He said that the vast volume of his motions was the result of an "existential fight" against the imposed stand-by defense counsel. He and his associates had to "make up insults against them to make it morally unacceptable" for them to remain in that position. Seselj explained that he "insulted judges in despair, but always with good reason".

Antonetti is the fourth pre-trial judge in the Vojislav Seselj case. He is preceded by German judge Schomburg, Judge Agius from Malta and Judge Orie from the Netherlands.